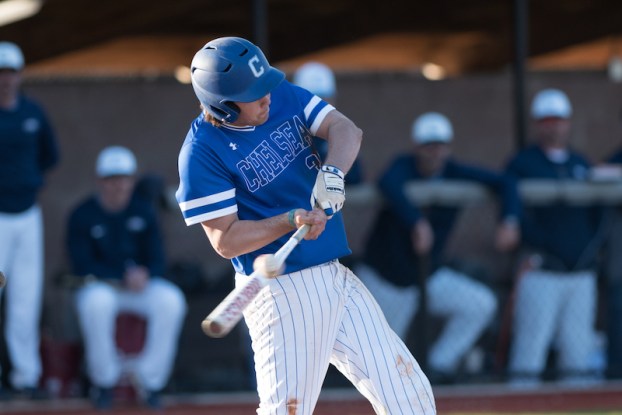 Oak Mountain came into the week 14-0 with some impressive wins, but lost their third consecutive game of the week and second in a row to Briarwood on Thursday, March 15. Oak Mountain struck first in the top of the third with one run, but Briarwood responded with a run in the bottom of the fifth and the go-ahead run in the bottom of the sixth to pick up the win. A Hudson Hartsfield RBI double was the difference. Wesley Helms led the Lions at the plate going 2-for-3 with one RBI.

The Warriors have been an up-and-down team this season, but have shown flashes of great play at times. Unfortunately, on March 15, Thompson lost both games of a doubleheader with Hazel Green. The 5-4 loss marked the Warriors’ fifth loss of the season by three runs or less. Despite the losses, Breydon Edmondson, Nick Freeman, Sam Pearce and Colby McClain all had at least two hits in one of the two games.

Thanks to 10 combined runs between the second and third innings, Chelsea picked up its 13th win of the season and improved to 13-3 overall with an 11-1 win against Pleasant Grove. Brock Hill picked up a complete game on the mound in a shortened five-inning 10-run rule win. He allowed two hits and struck out six batters. Nolan Forehand led the way at the plate with a 2-for-2 game, adding three RBIs and one run scored. Will Peacock also had three RBIs and scored twice, while Will Hayes added two RBIs.

Pelham outhit Vestavia 13-9, but committed seven errors to the Rebels’ zero, which led to a slim 8-7 road loss. Kasey Clark was unbelievable at the plate going 4-for-4 with two RBIs and a walk during the game to reach base five times. Mitchell Rottier, Hunter Stowe, Garrett Stonicher and Jackson Weaver all had two hits in the game as well.