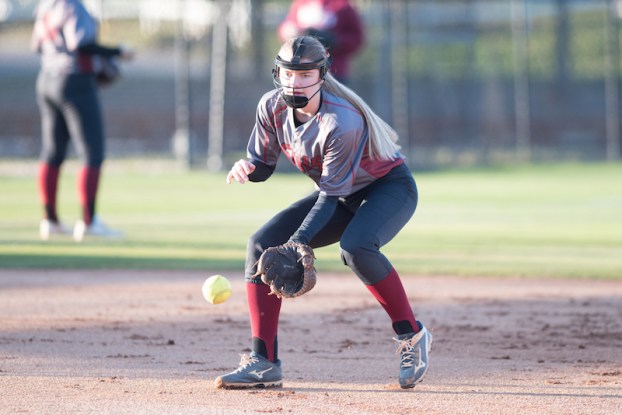 Spain Park’s area game with Mountain Brook was tight for a while but never in doubt thanks to strong pitching from Annabelle Widra. She limited the Spartans to just two hits and tossed a complete game striking out 14 batters. Alexis Anderson led the way at the plate going 3-for-3, while Bailey Bowers went 3-for-4 with two RBIs and two runs scored. Widra also fared well at the plate going 2-for-4 with two RBIs. Maddie Majors and Lindsay Parker also had multiple hits, while combining for three RBIs. The Jags are now 15-2 overall and 1-0 in area play.

Thompson used nine runs in the top of the fourth inning to easily improve to 13-2 this season. The Warriors used 17 hits to put their 13 runs on the board and committed just one error. Kindall DeRamus, Lauren Haskins, Kennedy Foote, Madison Plunkett, Lauren Cabiness and Abby Kellogg all had at least two hits in the game.

Oak Mountain was able to pick up just one run on three hits against Prattville as they fell 6-1 after giving up four runs in the top of the third inning. The Eagles are now 12-6 overall this season.

Pelham gave up nine hits, but only allowed 11 runs, while posting 11 hits of their own for an 8-2 victory against Clay-Chalkville. Hannah Pritchett and Yoly Paredes both had three hits in the game, while Lauren Watts added two hits. Brianna Copeland and Cadence Crocker combined to strike out nine batters to help the Panthers improve to 9-4 this season.

The Wildcats picked up their sixth consecutive win to start the season thanks to yet another incredible offensive outing. They posted 11 hits and 14 runs in a shortened 10-run rule win. Jenna Castleberry tossed all five innings in the circle allowing just one unearned run and two hits, while striking out five. Peri Clark, Maggie West and Katelyn Lucas all homered in the win. Five different players had multiple RBIs, while four different players had at least two hits.

Calera put up an unbelievable 15-spot on Homewood in the top of the second inning to take down the Patriots 20-2 in just three innings to improve to 6-4 on the season. Charley Clark was 2-for-2 at the plate with a home run, four RBIs and four runs scored in the game. Ashlynn Hamm finished the game 3-for-4 with five RBIs. Hamm also pitched all three innings and gave up two runs on three hits.

The Bulldogs scored a combined 36 runs in two shutout victories against Southside on Thursday. It also gave Montevallo two area wins. The Bulldogs put up 14 runs in the second inning and six runs in the first to pick up a 20-0 win in game one. They then bounced back from that with another shortened game by taking down Southside 16-0 in four innings during the second game of the doubleheader. The Bulldogs combined for 22 hits between the two games, while limiting Southside to two hits.