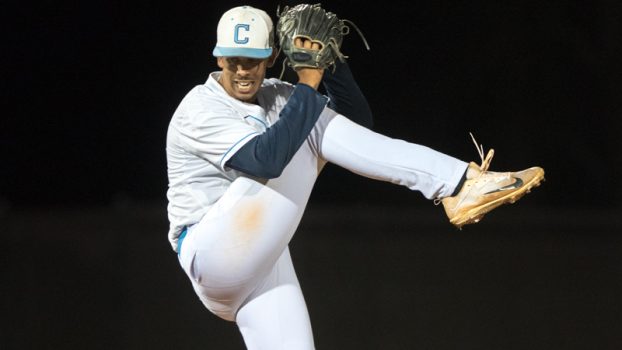 Jacob Smith was able to pick up a perfect game against Jemison, while the offense picked up 14 hits and 18 runs in an 18-0 win. (File)

CALERA – It’s been a while since the Calera Eagles took to the diamond due to weather and canceled games, but on Thursday, March 22, the Eagles were back at it and didn’t miss a beat.

Already 9-2 this season coming into the game, Calera was able to pick up its 10th win of the season not just on the shoulders of Jacob Smith’s perfect game on the mound, but also the team’s bats as they picked up 14 hits and 18 runs in a 18-0 run-rule win after just four innings of play.

Smith ended up striking out 11 of the 15 batters he faced in the game and was able to pick up the perfect game in just 55 pitches thanks to the game ending in a shortened five innings.

After a surprising scoreless first inning, Calera’s bats came alive quickly in the bottom of the second.

Graham Blankenship got his day started with a leadoff double to left field to immediately put the Eagles in business.

After an out was recorded, Christian Hall tripled and John Ellison singled to give Calera a 2-0 lead. That was followed by another ground out before the Eagles put together a strong two-out rally.

Chris McGibboney doubled and Kevin Dowdell tripled to make the score 4-0. That was followed by a hit batter before Tyler O’Clair drove in the fifth run of the inning with an RBI-single.

An error during Graham Blankenship’s at bat allowed another run to score. Mason Blankenship then picked up the fifth extra base hit during the next at bat with a double that drove in the final two runs of the inning.

After a quick inning defensively, the Eagles were itching to get back to the plate to continue their dominance offensively.

Hall started things off with a single to center field. Ellison followed with a double to quickly bring Hall home, before Smith and McGibboney both walked to load the bases with no outs.

After watching a first-pitch strike then three consecutive balls, Dowdell saw the perfect pitch during the next at bat and was able to rip a single to right field to bring two more runs home for an 11-0 lead.

O’Clair added a two-RBI single wedged in between two outs to make the score 13-0 before Mason Blankenship doubled and Hall homered to bring in the final three runs of the inning.

Up 16-0, Calera added two more runs in the bottom of the fourth after Smith was hit by a pitch, Dowdell doubled and O’Clair reached on an error to create the final score of 18-0.

By ALEC ETHEREDGE | Sports Editor  COLUMBIANA – The Shelby County Wildcats faced their first bit of adversity on the... read more