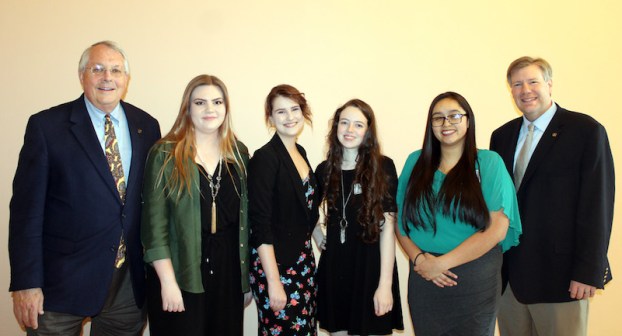 If writing were broken into time periods like innings or quarters as sports are, it would be delineated into hours. Those hours would be divided into reading, imagining, oral outlining, draft writing, editing, editing again, correcting typos, reconsidering endings and beginnings, scrapping it all, rinsing, repeating and finally—releasing.

Pelham High School writers have been frenzied with activity this spring. Receiving word from the Alabama High School Literary Arts Awards that junior Anna Carden placed first statewide in poetry was stunning. Carden is a meticulous writer who crafts vivid, dreamlike scenes. While many might categorize Carden as shy, those who read her work find her to be quite open. Fully cognizant of the strength of Carden’s work, the fact that she won first place in state as a junior is exceptional.

Along with Carden’s first place poetry award, the Pelham High School Literary Magazine, More than Words, also received recognition as one of the top literary magazines in the state. Magazine editors Morgan Harris, Kathleen Kelley, Lupita Aguilar and Carden herself received the award on behalf of Pelham High School.

“You are truth tellers,” 2018 Chairman of Judging Dr. Susie Paul said in her ceremonial remarks. “I support the students who are today uniting in civil disobedience to stop school violence. That unity is a powerful force. Young writers, keep writing and telling these stories. There is no more powerful force that your writing and powerful words in these times.”

“Every year I see Alabama’s high school poets exploring what is both beautiful and painful in our contemporary lives. I always find solace in their work,” Dr. Paul said.

Reading the work of Pelham’s young writers daily, I share Dr. Paul’s mindset. No matter the state of the world, my daily life with student writers reassures me.