STERRETT – A Sterrett man was recently taken into custody almost a year after a hit-and-run incident that took the life of a 24-year-old Vincent man.

Jake Erskin Burcham, 23, who lists an address on Shelby County 55, was arrested on Friday, March 23, and charged with criminally negligent homicide and leaving the scene of an accident. 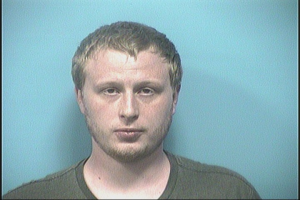 According to court documents, indictments on both charges were issued against Burcham by a Shelby County grand jury weeks before his arrest. The indictments allege that Burcham negligently caused the death of Eric Sean Danford and did not remain at the scene of the accident or render any aid to Danford on April 1, 2017.

Both criminally negligent homicide and leaving the scene of an accident are Class C felonies. If convicted, Burcham could face up to a decade in prison.