COLUMBIANA – Shelby County High School is gearing up to host the Pickin’ and Pound Cakes event, featuring well-known blogger Sean of the South, in its auditorium at 7 p.m. on Friday, April 13.

According to SCHS teacher and yearbook staff sponsor Rachel Bevilacqua, who organized the event, Pickin’ and Pound Cakes will feature a gospel concert by Dietrich and a pound cake baking competition. Local musical groups Intermission and Denise Wallace with Todd Brasher will also perform at the event. 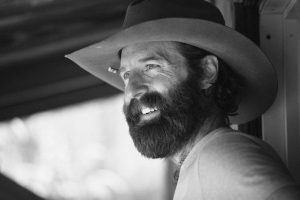 After the show, visitors will be able to meet with Dietrich while sampling the pound cakes that were entered in the competition.

Pickin’ and Pound Cakes will serve as a fundraiser for the SCHS yearbook staff, and some of the proceeds raised through the event will enable the yearbook staff to buy new cameras.

“It helps us offset the costs of books to students and allows us to purchase new equipment,” Bevilacqua said.

Bevilacqua said Dietrich first paid a visit to SCHS last year to perform at an assembly for students. In addition to having a student-only assembly, she said she wanted to broaden the event to include the community.

“I stumbled upon his blog last year, and I loved it. I showed it to my students, and they loved it,” Bevilacqua said. “We had several teachers who became fans and began sharing his posts on Facebook. Then, friends and friends of friends got into his writing.”

Bevilacqua said tickets will range from $20 to $30, depending on seating, and can be purchased online at Gofan.co/app/events/23412. For more information about Pickin’ and Pound Cakes, or to enter the competition, send Bevilacqua an email at Rbevilacqua@shelbyed.org.

While Dietrich’s blog is enjoyable to read, Bevilacqua said meeting him in person is an entirely different experience.

“He is a delight,” Bevilacqua said. “He is twice as good as his blog posts. I want everyone who enjoys his blog to come, because they’re in for a treat.”