COLUMBIANA – A 30-year-old Vandiver man was recently taken into custody and charged with sodomy in the first degree.

Randy Allen White, who lists an address on Alabama 25, was arrested by the Shelby County Sheriff’s Office on Tuesday, April 3. 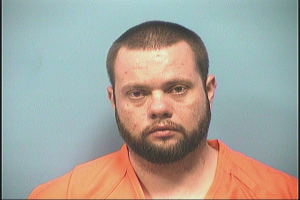 Court documents allege that White “engaged in deviate sexual intercourse” with a victim under the age of 12 in January.

First-degree sodomy is a Class A felony. If convicted, White could serve a life sentence in prison.

As of April 4, White remained at the Shelby County Jail on bonds totaling $60,000.

Shelby County District Court Judge Daniel A. Crowson Jr. will preside over White’s case. The date for White’s preliminary hearing has not been set.