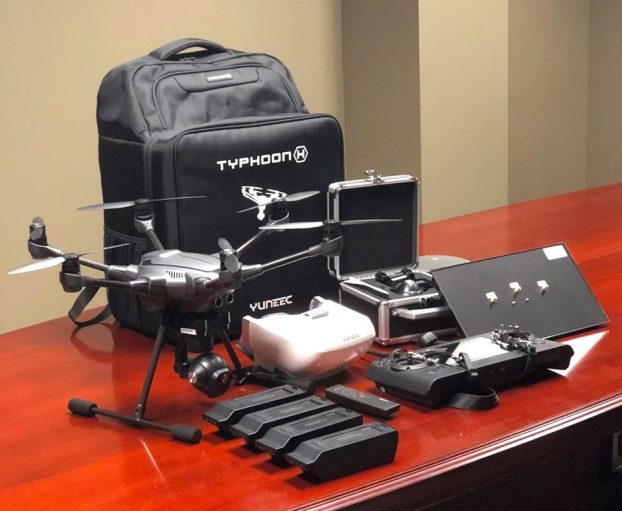 Palmer said Cahaba Valley Elks Lodge 1738 secured a $4,000 grant and then donated it to the PPD drone program. It’s the second drone in the department’s fleet.

“The expansion of our drone program would not have been possible without the Elks,” Palmer said. “This group has been such a great support system for the Pelham Police Department.”

In addition to helping the PPD secure the grant, Palmer said members of the Elks were the first to volunteer to be a part of the city’s drug prevention team as a part of Compact 2020 and also donated $1,000 to Pelham City School’s Special Olympics program.

“The Elks do so much to help us and others in the community and we appreciate their moral support – it’s invaluable,” Palmer said.

Palmer showcased the capabilities of the drone by showing video footage of the drone in action, both at night and during the day.

“For several years we’ve wanted to expand our drone program and add more features to it,” Palmer said. “This drone can be used day and night for rescue operations, suspect apprehension, crime scene investigation and traffic crash reconstruction or investigation.”

“I’d just like to say thank you so very much,” Palmer said as her presented Elks Lodge members Leon Johnson and Barbara Shinpaugh with certificates of appreciation.

Palmer also presented Johnson and Shinpaugh with the Chief’s Medallion, which is an award given to people who display acts of heroism or contribute to the lives of people in the community in a positive way.