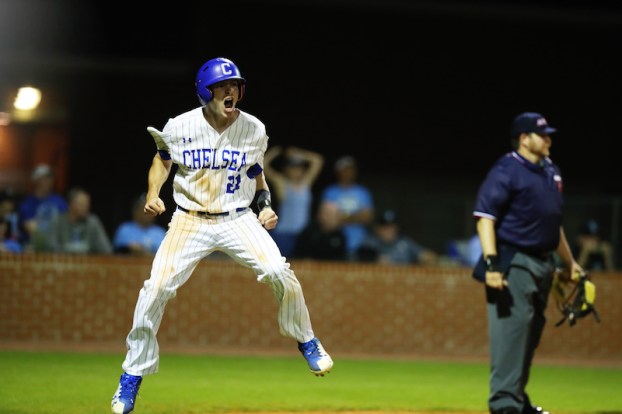 Chelsea sophomore Kailey Littleford (8) tied the program record for most goals in a single game with five against Helena on Tuesday, April 10. (Reporter Photo/Keith McCoy)

HELENA–The Chelsea Hornets varsity girls soccer team closed out area play on Tuesday, April 10, in a big way by defeating Helena on the road 8-1 to finish perfect in area play.

For the second time this season, Chelsea finished with eight goals against Helena to outscore the Huskies 16-1 in two games.

What’s even more impressive, is the Hornets gave up just one goal in four area games this season. Chelsea won all four games by a combined score of 24-1.

Chelsea sophomore Kailey Littleford made history against Helena on April 10, by becoming the third player in program history to net five goals in a single game. She now shares the honor with Kamilia Kjoestvedt who scored five goals in 2011 and Alli Cochran who did the same in 2012.

With the win, Chelsea improved to 11-6-1 and locked up the area championship.