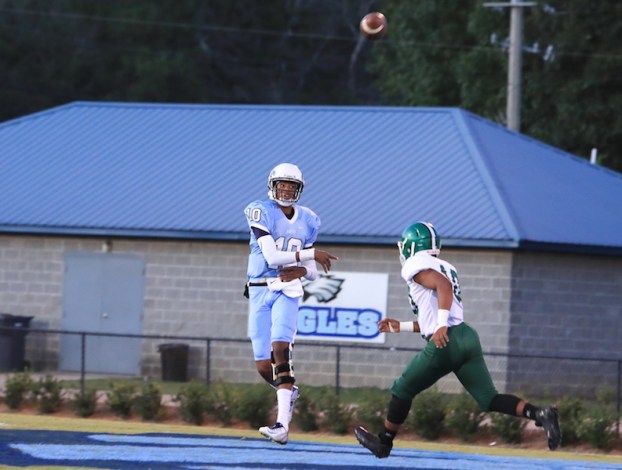 Shelby County has several of the state's highest rated recruits set to take the field for the 2018 football season. (File)

Shelby County has some of state’s best football recruits

High school football in the state of Alabama continues to become more and more elite with the growth of athletes at younger ages.

In central Alabama and the heart of the state, Shelby County is starting to produce the cream of the crop when it comes to high school athletes and in the next two years the county will see possibly its best recruits to ever come through.

Before we get to the two players projected to be inside the top 10 in 2020, including the No. 1 player in the state, we’ll take a look at the 2019 class that features a staggering amount of highly touted recruits according to 247sports.

While there are a total of four top 25 players, six top 45 players, seven top 51 players and 10 top 100 players from Shelby County, it first and foremost starts with the Thompson Warriors who are coming off their best season since 1982.

When you watch the Warriors play this season, you will see two of the top-10 players in the state in Amari Kight and Taulia Tagovailoa.

Kight, an offensive lineman for the Warriors who stands at 6-foot-7, 315 pounds, is the No. 3 ranked player in the state and considered a four-star athlete.

He is considered the 52nd best player in the country and has been named a priority among teams like Alabama and Georgia.

The quarterback he will be protecting is none other than recent Alabama commit Tagovailoa. The younger brother of Alabama rising sophomore Tua Tagovailoa, the soon-to-be senior threw for 3,823 yards as a junior to pass John Parker Wilson for third in most passing yards for a season.

Another player, who impressed me personally on and off the field during his junior season, is Pelham’s Edward Gipson, who recently climbed up to No. 22 in the state’s 247sports rankings. 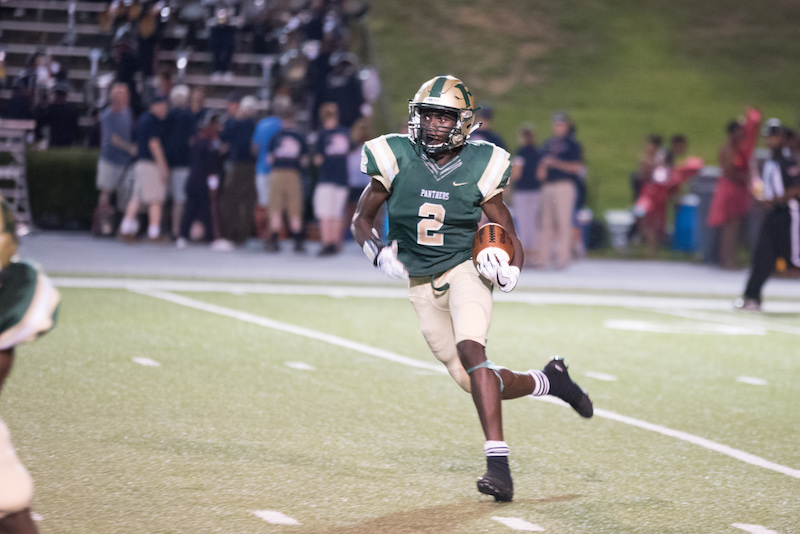 Gipson is a player that is just starting to hit a lot of radars, but has as much upside as anybody in the state due to his athleticism. He currently holds offers from Indiana, Central Arkansas and Tulane, and will be a player to watch for the Panthers this fall.

The final of the top-25 players was another Thompson player in Jayme Simmons, who recently joined the team after transferring from Spain Park.

Simmons is a 6-foot-5, 260-pound offensive lineman that is considered a three-star recruit as well. Ranked 23rd in the state, he has offers from Nebraska, Georgia Southern, UAB and many more. He’ll join Kight to make Thompson’s offensive line a force.

The county had two more players in the top 45, while Thompson made up one of those two in linebacker Will Conner.

Conner finished second on the team in tackles a year ago with 137 despite missing some time on the field. He added 16 tackles for loss and five sacks, both just behind team leader Jalen Rayam.

He is ranked as a three-star recruit and the 44th best player in Alabama. Conner has narrowed his recruiting list down to Georgia Tech, North Carolina and Ole Miss.

Just behind Conner in 45th is Calera quarterback Cornelius Brown, who has busted onto the scene thanks to his height and ability at the quarterback position.

Standing at 6-foot-5, as well as fast and athletic, he is an athletic quarterback that excites a lot of teams. His current offer list includes UAB, Bowling Green, Troy and Eastern Kentucky.

The rising senior threw for 2,334 yards and 25 touchdowns as a junior and added 128 rushing yards on just 19 rushing attempts. He has made several visits to LSU and that seems to be his favorite of colleges reaching out, but the Tigers haven’t extended an offer just yet.

Not too much further down the list, and just outside of the top 50, is Thompson running back Shadrick Byrd, who is ranked as the 51st best player in the state. 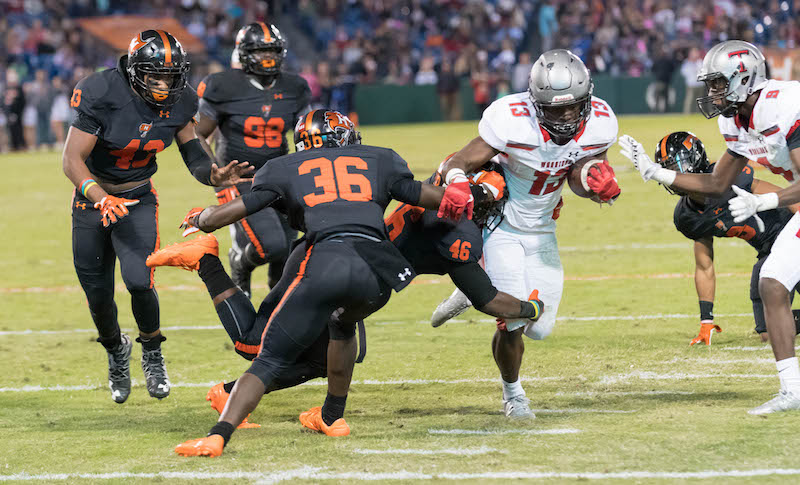 Byrd, a three-star recruit as well, will join Tagovailoa in the backfield to create a dynamic senior duo in 2018. As a junior, the running back totaled 1,164 yards rushing on 168 attempts, while splitting carries with Joseph Ford. He also totaled 17 touchdowns on the ground and added 178 receiving yards.

Pelham defensive end Brock Higdon is the next highest ranked player in 69th and for good reason. Standing at 6-foot-6, 225 pounds, the junior has great size for the defensive end position. Higdon has offers from Army, UAB, Mercer and several others.

His teammate Ryan Jewell is also in the top 100 heading into the season at No. 83 on the list.

Jewell played just six games for Pelham this past years, but totaled a staggering 75 tackles (12.5 per game) in those six games, including 10 tackles for loss. On April 4, Jewell committed to United States Military Academy West Point (Army).

Just ahead of Jewell as the 81st best player in the state is Briarwood’s J.R. Tran-Reno, who is the epitome of do-it-all. Tran-Reno ended his junior season with 954 rushing yards on 185 attempts, but also added 537 yards receiving.

He was also a touchdown machine with 26 total touchdowns during the season. Tran-Reno has offers from Air Force, Army, Yale, Harvard, UAB and many more.

The final of the 2019 recruits in the top 100 of the state’s rankings was Spain Park’s Cedric Tooson. He is one of the best defensive linemen in the county and posted six tackles for loss and two sacks as a junior.

Looking ahead to the 2020 recruiting class, Calera has two players in the top 10, including the state’s No. 1 rated player in 6-foot-5, 322-pound defensive tackle Jayson Jones.

Rated a five-star, Jones is the highest current recruit in the county and is ranked 28th nationally for the class of 2020. He has offers from Alabama, Georgia, Mississippi State, South Carolina, Tennessee, Clemson and Florida State.

Trenton Yowe, rated as a four-star, is just a few spots down the list from his teammate at No. 9. Yowe is ranked as the 212th player nationally and currently holds offers from Mississippi State and Florida Atlantic.