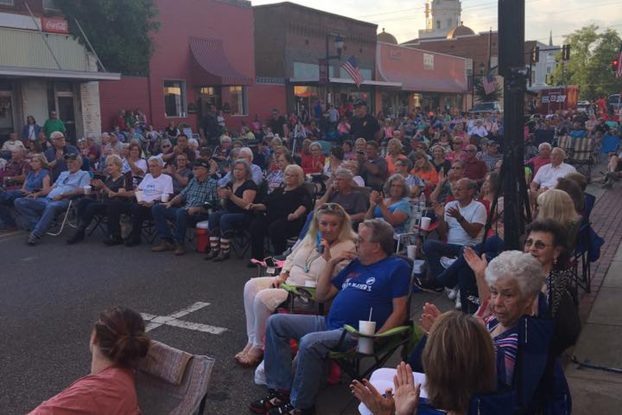 Music on Main kicking off soon

“We’re trying to reach different audiences. We’ve got something different each week,” Sands said. “I’m really excited to have it last for two months.”

On May 18, local musician Randy Glenn will be the headliner, and June 1 is Music on Main’s gospel night.

The June 8 Music on Main event will feature music by the Deviners, and the Sassy Brown Band is slated to play on June 15. The final Music on Main Performance will coincide with the city’s Liberty Day festivities on June 29 and 30.

Sands said Columbiana Main Street is hosting a set of new events, known as Sunset Markets and Music, to coincide with Music on Main.

During the Sunset Markets, which are scheduled from 6:30 to 8:30 p.m. on April 27, May 25 and June 22, Sands said most of the merchants in Columbiana’s downtown area will extend their hours to allow visitors to shop and socialize while enjoying the music.

“We wanted to see if we could create a more social event, rather than having people sitting down all night,” Sands said.

Sands thanked the Columbiana Main Street board members, local vendors, the city of Columbiana and the city’s Farmers’ Market director for their efforts in organizing the upcoming events.

For more information about Music on Main or the Sunset Markets, go to Columbianamainstreet.com or visit the “Columbiana Main Street” Facebook page.