ALABASTER – An Alabaster man was recently put behind bars after he allegedly set fire to a local residence.

James Henry Blount Jr., 43, who lists an address on Barkley Drive, was arrested on Thursday, May 3, and charged with arson in the second degree. 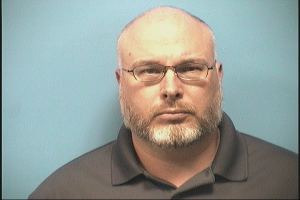 Blount’s arrest warrant alleges that he intentionally set fire to or caused an explosion at his residence on the day of his arrest.

Second-degree arson is a Class B felony. If convicted, Blount could serve up to 20 years in prison.

As of Friday, May 4, Blount remained at the Shelby County Jail on $30,000. Blount’s case was assigned to Shelby County District Court Judge Daniel A. Crowson Jr., and his preliminary hearing has not been scheduled.

CHELSEA – Cat-n-Bird Winery of Chelsea commemorated its one year anniversary with a celebration from 10 a.m. to 6 p.m.... read more