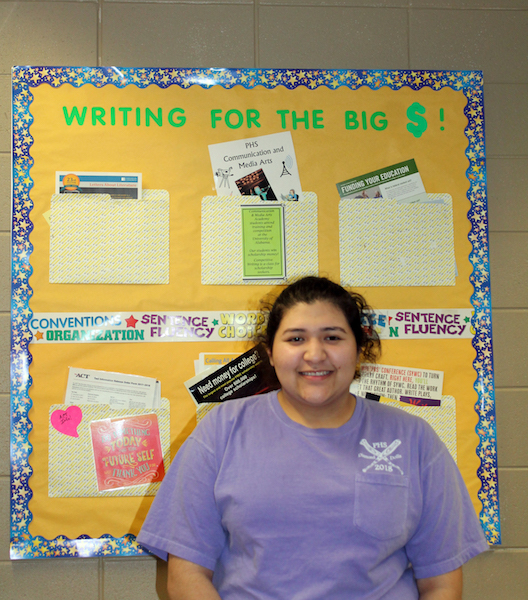 “Have you read your email? Because you really need to read your email,” said Maria Fernanda Quintana Garcia, her eyes riveted with excitement as she entered the classroom.

With great animation, Garcia revealed that she’d won an interview with the Smith Foundation. The light in her eyes said that my student was seeing a dream she’d given up on coming back into view.

Now a senior, Garcia is in my Competitive Writing class. She first impressed me in Advanced Placement English Language and Composition as a junior who had the ability to be direct and intuitive. A strong communicator, humor is Garcia’s strength and her direct statements are often incredibly funny.

The road to becoming a Smith Scholar requires discipline, dedication and the ability to meet deadlines. Garcia met those deadlines, completed copious applications and crafted lengthy papers revealing her current story and her future story—complete with her plan for awarding a scholarship of her creation to a student someday.

In light of Maria Garcia’s verbal prowess, matter-of-fact demeanor and strong wit, winning this interview makes me believe that she’ll be chosen as a Smith Scholar. On the day Garcia interviews, I remind her that the Smith Foundation Scholarship committee chose her to interview.

“You are already everything they want. You’re just showing up in person,” I say.

Following the interview, Garcia reports that the meeting ran over the allotted time and everyone was laughing. This young woman’s high school journey has been full of highs and lows punctuated by hard work, high scores, big discussions and dreams that seemed just out of reach.

On Monday, Maria Garcia was named an official winner of the Smith Scholarship Foundation reigniting dreams that were jeopardized.

“I feel like I’m looking forward to something, but I don’t know exactly what it is,” said Garcia.

Knowing that Maria Garcia’s dream will guide her life, instead of her compromise plan, is thrilling. That feeling of lightness—that’s the materializing of a dream come true.

By CONNIE NOLEN / Community Columnist “How old do you have to be to drink alcohol?” Judge Lara Alvis asks... read more