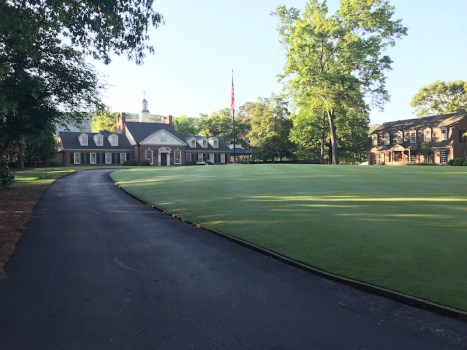 The U.S. Women's Open is coming to Shoal Creek and will start Thursday, May 29, giving the local area a chance to support one of the biggest golf tournaments in the sporting world. (Reporter photo/Alec Etheredge) 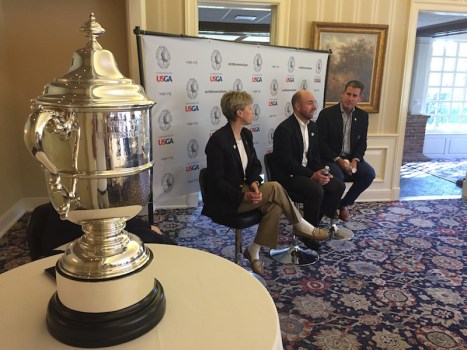 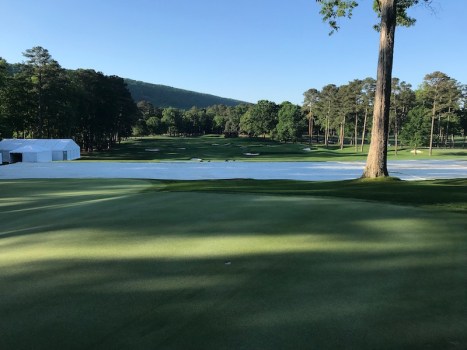 NORTH SHELBY – For the first time in more than 25 years a major championship golf tournament is heading to Shoal Creek Golf and Country Club.

The course will play host to the 73rd U.S. Women’s Open from Thursday, May 31 through Sunday, June 3, as the world’s most prestigious women’s golfers make their way to North Shelby County.

“It’s a remarkable experience attending a U.S. Women’s Open,” said director of the tournament Matt Sawicki. “This is a national championship. National championships are different, they’re special. It means more to the players inside of the ropes and there is more to celebrate for the fans outside of the ropes. We’re so enthusiastic about Birmingham turning out in a couple of weeks to experience that electric atmosphere that you can’t get in a lot of sporting events.”

The last time Birmingham hosted a tournament of this magnitude was when Shoal Creek hosted the PGA Championship in 1990.

“Shoal Creek has a rich history of hosting major championship golf,” said Shoal Creek member and General Chairman of the U.S. Women’s Open Matthew Dent. “I would argue that the women’s open is by far the most important championship we have hosted. When you see these women play, it will be like nothing you have ever seen before.”

A Jack Nicklaus designed course, Shoal Creek opened in 1977 and has undergone a complete renovation in preparation for this tournament.

“One of the reasons I think this is the most important championships is because we just renovated our golf course a year and a half ago,” Dent said. “Jack came in and we did a complete restoration. The world now gets to see what Shoal Creek looks like 40 years after it was built.

“When we pull off this championship, I think it helps solidify Shoal Creek on the map as a continued major championship sight going forward. We can host a major tournament any time of the year because of the weather, and I think this year will open the door for more opportunities in the future.”

Some of those changes include new greens that are full sand USGA component greens, different grass, new bunkers and a narrower fairway on every hole. It’s something the course is hoping will create for a challenging tournament, but also reward good golf shots.

Also a part of the tournament will be former University of Alabama standout Emma Talley, who won a qualifying tournament in a playoff. Now she’ll get to compete on her home course for a chance at a major championship.

“Just like any of our other USGA championships, we’ll be looking to maintain firm and fast conditions,” said U.S. Women’s Open Director Shannon Rouillard. “That’s part of the DNA of the USGA. It’s going to be the ultimate test in golf.

“Jack Nicklaus designed this course with the thought process of golf being a game of precision and not power. He always believed this was a thinking game and he wanted golfers to play a course intelligently. This really feeds into what we will have for the players during the setup of this tournament.”

The USGA is also a program that is striving to introduce young fans to the game of golf, which will be a highlight at this tournament for both boys and girls.

“I remember attending the PGA Championship for the first time when I was 6 years old,” Sawicki said. “It changed my life. It started me playing the game and got me involved. This group of athletes is more fan friendly than any other in the world and parents have the chance to bring their kids out right up to the rope for a front-row view of it.”

All kids 18 and under will get into the tournament free of charge with a ticketed adult. For adults, tickets are available at Uswomensopen.com.

It’s an exciting event for Shelby County and the Birmingham metro area not only because of the world-class athletes that will be involved, but it’s an event that comes around very rarely to this area marking one that should be celebrated and supported by large crowds.