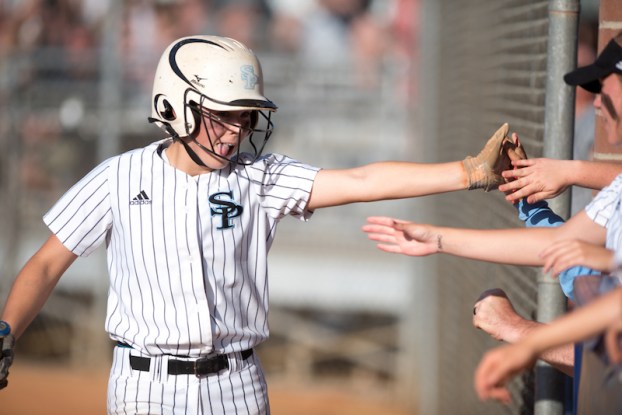 After falling into the loser's bracket after the first game of the North Central Regional, Spain Park responded with two straight wins to get back to the state tournament. (File)

TUSCALOOSA – Will this be the year head coach C.J. Hawkins and the Spain Park Jaguars pick up their first state championship in school history?

Thanks to two clutch wins while facing elimination against Tuscaloosa County and Thompson, the Jaguars will have yet another chance to accomplish a feat that has eluded them despite several great teams.

After winning three straight to take home the area tournament title, the Jags came into the North Central Regional in Tuscaloosa on Friday, May 11, with a ton of confidence, but that was quickly shattered when the Thompson Warriors were able to take down Spain Park 6-2 in the first round of the tournament, sending SPHS into the loser’s bracket.

Thanks to a 5-2 win against Tuscaloosa County in the first loser’s bracket game, the Jags were able to advance and earn a rematch with the Warriors, who lost to Oak Mountain in win-and-advance game.

Now both teams were set to play their fourth game of the season with one team advancing to state and one having their season come to an end.

Thompson, who had won the last two contests between the two teams, took that gained confidence against the Jaguars and got off to a strong start.

Despite two scoreless innings for the Warriors, it was just a matter of time before the offense got going, and that moment came in the bottom of the third.

After a strikeout kicked off the inning, the Warriors finally started making some noise thanks to a single from Kindall DeRamus and an RBI-double from Lauren Haskins to give Thompson a 1-0 lead.

That was then followed by a triple from Allie Miller that put Thompson on top 2-0 and left a runner on third with just one out on the board. Miller was then able to score on an error by the second baseman before Madison Bubel struck out.

Kennedy Foote then stepped up and drove a solo home run over the center-field wall to put Thompson up 4-0 and Spain Park behind the eight ball through three innings of play.

Spain Park, however, was able to answer with an RBI-single from Caroline Wooley, who drove in Alexis Anderson after she doubled earlier in the inning.

That made the score 4-1, but one inning later it took just one swing of the bat to completely erase the Jaguars’ deficit.

With two outs in the top of the fifth, Spain Park was able to start a rally after Annabelle Widra and Bailey Bowers picked up a walk and a single, respectively, to put runners on first and second.

That set the state for Anderson, who had doubled the inning before, showing her timing was down.

In a 3-1 count, Anderson got the perfect pitch and blasted it deep down the left field line for a three-run home run that tied the game at 4-4.

With the offense now clicking, Widra went out and started throwing darts from the circle to give the Jaguars their best chance to pick up a win.

With one out in the inning, Kate Campbell and Taylor Harrington were able to hit back-to-back singles to put two runners aboard. That was followed by a second out, which for the second inning became the Warriors’ downfall.

Thompson decided to intentionally walk Maddie Majors to create an out at every base. That, however, was followed by a two-RBI single from Widra and an RBI single from Bowers to put the Jags on top 7-4 after a second two-out rally.

Spain Park added one more insurance run in the top of the seventh after Widra was hit by a pitch with the bases loaded to put the Jags up 8-4.

While Widra had locked in for the Jags, only allowing runs in one inning, Thompson wasn’t going down without a fight.

The Warriors ended up getting a two-RBI single from Mikayla Touhey to cut the deficit to 8-6. With runners on the corners and just one out in the inning, Widra was able to get out of the biggest jam of the season by forcing a pop out and a ground out to close out the win and keep Spain Park’s season alive.

Anderson and Widra both had strong performances offensively ending the game 2-for-3 at the plate with three RBIs apiece. Harrington went 3-for-4 in the game, while Bowers also had multiple hits with two and added one RBI.

In the circle, Widra allowed 12 hits and six runs, but struck out seven batters and got the complete-game win to keep the Jags’ season alive.

Thompson was led by DeRamus with a 3-for-4 performance and also got two hits apiece from Haskins, Miller, Foote and Touhey. The Warriors ended the 2018 season 43-11-1.