COLUMBIANA – A Harpersville man was recently put behind bars on 30 felony charges after he was allegedly found in possession obscene material involving minors.

Edward Newell Curles, 54, who lists an address on Dusty Way, was arrested by the Shelby County Sheriff’s Office on Monday, May 15, and charged with 30 counts of possession of pornographic material involving minors. 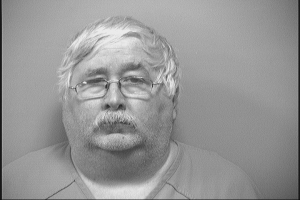 According to court documents, Curles was allegedly in possession of digital images depicting children in sexually explicit poses between Jan. 1, 1017 and April 27.

“We obtained a report from an individual that there was child pornography on a computer, and that computer belonged to Curles,” Sumrall said.

Possession of child pornography is a Class C felony sex offense, which is punishable by up to 10 years in prison.

As of May 16, Curles remained in the Shelby County Jail on bonds totaling $300,000. Curles’ case was assigned to Shelby County District Court Judge Daniel A. Crowson Jr., and the date for Curles’ preliminary hearing has not been scheduled.

CHELSEA – Members of the Chelsea city council passed a resolution that will impact full-time municipal employees during a council... read more