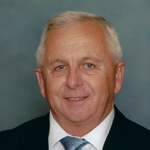 The chairman is responsible for committee consideration of all state legislation pertaining to active military personnel, National Guard and Reserves members, military dependents, and armed forces veterans. The chairmanship also includes a position on the House leadership structure.

Moore, who currently serves as chairman, is running for the Republican nomination for Alabama’s Second Congressional District seat instead of seeking reelection to the Alabama House.

“Dickie Drake had a long and distinguished career in the U.S. Air Force, and the knowledge, wisdom and first-hand experience he brings to the chairmanship will serve every veteran and active military member well,” McCutcheon said. “Barry Moore was a tireless and effective advocate for all who wore a uniform, and I am confident that Dickie Drake will carry the same torch proudly.”

During the 2018 regular legislative session, Drake was responsible for passing the “Parks for Patriots Act,” which provides free, year-round admission to all Alabama state parks for all active military personnel and veterans, including members of the National Guard and Reserves.

He has been praised for passing important legislation that combats child abuse and neglect by broadening the groups and professions that are statutorily required to report suspected cases to authorities. The measure also created a new punishment for employers who discipline or penalize a worker for reporting suspected child abuse or neglect.

Drake was also appointed to serve on the Alabama Job Creation and Military Stability Commission, which was created by the Legislature and designed to ensure military installations located within the state survive reviews by Congress and the executive branch.