Incumbent Shelby County Circuit Clerk Mary Harris will serve in the same capacity another six years after winning a bid for re-election in the Tuesday, June 5 primary election. 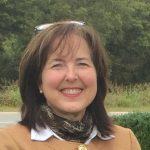 Harris will face no opposition in the general election later this year because no democratic candidates ran for the Shelby County Circuit Clerk position.

Harris was employed in the circuit clerk’s office for 26 years prior to being appointed circuit clerk in 1999. While employed, she worked in all divisions of the court and served as chief magistrate for 17 years and deputy circuit clerk for four years. She ran successfully for Circuit Clerk in 2000, 2006 and 2012.

The circuit clerk’s office is compliant with all audits required by the Examiners of Public Accounts, Division of Risk Management, Property Auditor and the New Orleans Passport Agency.

Harris works with AOC in piloting technology programs that benefit not only Shelby County but the state as well. She was instrumental in having a certification program for District Court magistrates as well as implementing background checks for all new hires to the state court system beginning in 2006. She was influential in having a SafeHouse advocate in the courthouse to assist victims of domestic violence.

Harris has served as the absentee election manager since 1988. She is currently serving as chairman of the absentee voting task force to help pass legislation to streamline the absentee process at the request of Secretary of State John Merrill.

Harris trains many circuit clerks and city clerks on the process of absentee voting each year. She was voted to serve 10 years on the executive board of the Alabama Circuit Clerk’s Association and is often called upon to mentor other circuit clerks.

Efforts to reach both candidates for comment went unsuccessful.

By GRAHAM BROOKS / Staff Writer For the first time in nearly a decade, there will be a new, but... read more