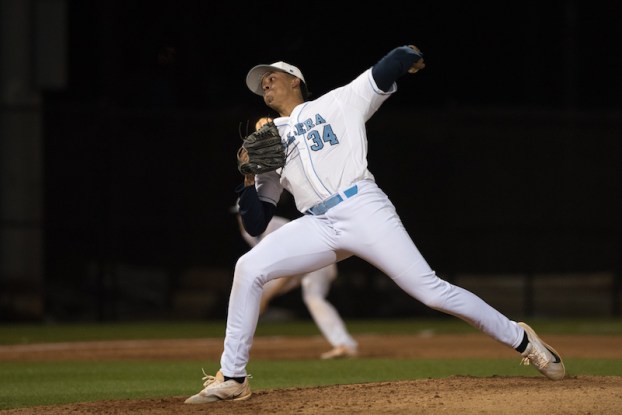 Shelby County saw a total of 11 players named as some of the best players in the state when the 2018 edition of the All-State baseball team was released on Friday, June 8.

Of those 11 players, one was named as the Pitcher of the Year in their specific classification, while a total of four players from the county made the first team in their respective classification and several others were named to the second team or as honorable mention players.

The best of the 11 was Calera’s Jacob Smith, who was named the Class 5A Pitcher of the Year for his efforts during the 2018 baseball season.

Smith, who is headed to Vanderbilt, ended his senior year with a perfect 9-0 record, while posting a jaw-dropping ERA of 0.65 and a total of 102 strikeouts, which was tied for second in the county.

The rest of the 5A classification saw three other players named to the second team, two from Briarwood and one more from Calera.

For the Lions, pitcher/infielder Michael Hiers was named to the team as well as second baseman Carson Eddy.

Hiers, who is one of the best overall athletes in the county, finished the season with a batting average of .418 and 31 RBIs offensively, while posting an overall record of 6-2 on the mound with an ERA of .881.

Eddy, who was one of the most consistent and clutch batters in the county, ended his senior season with a batting average of .442 and 32 RBIs. He had 11 doubles, four triples and two home runs.

Calera’s other player named to the All-State team was none other than outfielder Kevin Dowdell.

Dowdell held a batting average of .378 this season with 32 RBIs, while blasting five home runs, which was second in the county. He also swiped 16 stolen bases and scored 42 runs for the Eagles.

Moving up to the 7A classification, a total of three players were named to the All-State team.

Two of those three were from Oak Mountain and both members of the second team.

Gene Hurst made the Class 7A Second Team as a pitcher after tossing 55.2 innings this season and finishing with a record of 5-2. He held an ERA of 1.88 and more impressively walked just 18 batters, while striking out 60.

A guy that probably didn’t get as much respect as he deserved this season was Landon Cato, who flew quietly under the radar.

He finished the season with a batting average of .430 at the plate and had a county-high 42 RBIs as well. He also led the county with six home runs and posted 16 doubles.

Thompson’s Myles Brown was also named to the Class 7A All-State team as an honorable mention player.

A big reason for that honor was his 30 stolen bases, which led the county this season. He also picked up 46 hits, which was third in the county and held a batting average of .343.

In Class 6A, two Helena players were named to the team after another appearance in the state championship series in 2018.

Landon Green was named to the First Team after an unreal season that earned him a share of the county’s Player of the Year title. As a pitcher for the Huskies, Green led the county with 108 strikeouts and posted a record of 12-1 in 771.1 innings, while holding an ERA of 1.26.

Nick Ragsdale was the other player named to the team after earning an honorable mention spot. He finished the season with an average of .301 as well as 31 RBIs.

Montevallo’s Malik Inabinette was the lone Class 3A player from the county to make the team and deservedly so.

Inabinette ended the year with a batting average of .448 as well as 25 RBIs. He also finished second in the county behind Brown with 22 stolen bases to earn a spot on the 3A honorable mention team as a sophomore.

The final player named to the 2018 All-State team was none other than the county’s other Player of the Year in Vincent’s Robbie Albright.

By ALEC ETHEREDGE | Sports Editor A spectacular softball season has come to a close in Shelby County, but not... read more