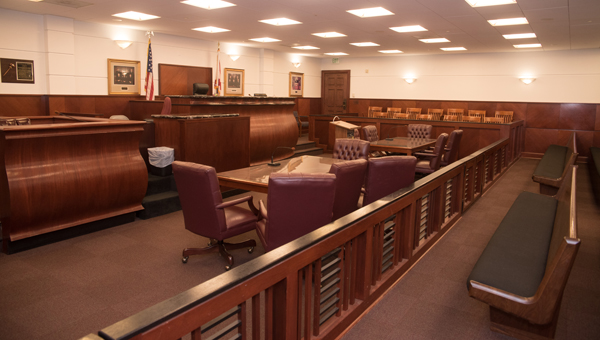 Existing courtrooms in the Shelby County Courthouse will be remodeled as part of a project that will also include the construction of two new courtrooms. (FILE)

County Manager Alex Dudchock told the Commission at its meeting on Monday, June 11, that eight bidders attended a pre-bid meeting, which was mandatory for any company wishing to bid on the project.

Improvements to the Shelby Count Courthouse will include the addition of two new courtrooms and changes to make the facility more user-friendly for residents, judges and court staff.

“We think we’ve about got that under control,” said Cole, who had earlier told the Commission that the downed trees and other debris were the worst his department had seen since the tornadoes of 2011.

Cole encouraged the Commissioners to notify him if they heard from constituents about any debris missed by the county crews.

By NEAL WAGNER / Managing Editor ALABASTER – Since he began writing and performing rap songs with positive messages about... read more