ALABASTER – A Hazel Green woman was recently indicted by a Shelby County Grand Jury on a November 2017 strangulation charge.

Samantha Ann Brunskowski, 29, who lists an address on Macon Road, was indicted on one count of domestic violence strangulation during the grand jury’s June session. 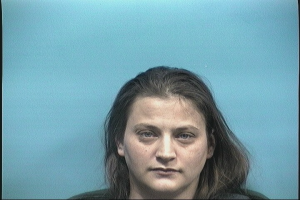 According to her indictment, Brunskowski allegedly “did intentionally cause asphyxia by closure or compression of the blood vessels or air passages of the neck as a result of external pressure to the neck,” of a victim, with whom she had a dating relationship at one point.

The Alabaster Police Department stated that Brunskowski allegedly used an auxiliary cord to commit the crime, which occurred in an 18-wheeler parked behind the Walmart Supercenter on Colonial Promenade Parkway on Nov. 28, 2017.

The victim was said to be in stable condition and did not require hospitalization.

Brunskowski was originally arrested and charged by the Alabaster Police Department on the day the incident occurred. She was booked into the Shelby County Jail, and was released on a $15,000 bond in December 2017.

Domestic violence strangulation is a Class B felony, which can carry a maximum sentence of two decades in prison.

Brunskowski’s case was assigned to Shelby County Circuit Judge William H. Bostick III. She is scheduled to appear in court for an arraignment at 8:30 a.m. on Aug. 7.

PELHAM – Pelham Fire Chief Tim Honeycutt said no one was harmed in house fire on Monday, June 26, that... read more