On Saturday June 23, the Shelby County Sheriff’s Office responded to a report of a person shot at a residence in the 4800 block of U.S. 231. When deputies arrived, they discovered one victim who had been shot.

The victim received emergency medical treatment from paramedics and was transported to the hospital. Sheriff’s investigators interviewed the victim and determined he had been shot while being robbed by two suspects, according to an SCSO statement. The suspects stole a cell phone and $400 during the robbery, according to charging documents.

Investigators obtained arrest warrants for both suspects, who have been identified as Steven James Paul Ezekiel, 33, from Moody, and Garfield Frederick Jones, 45, from Pell City. Ezekiel was arrested June 26, and Jones was located and arrested on June 30. Both are being held in the Shelby County Jail on charges of first-degree robbery and attempted murder with total bonds of $30,000 each.

As of July 1, the victim was still recovering from his wounds, which included a punctured lung and fractured rib, according to court documents.

Anyone with information about this case is urged to contact the Shelby County Sheriff’s Office directly at 669-4181, through the Secret Witness line at 669-9116 or through the SCSO website at ShelbySO.com by clicking on the “Report Criminal Activity” link and choosing the “General Information” category. 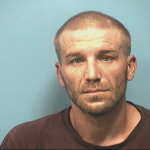 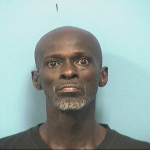 PELHAM – The Pelham Board of Education passed a resolution approving the purchase of the city’s old library building at... read more