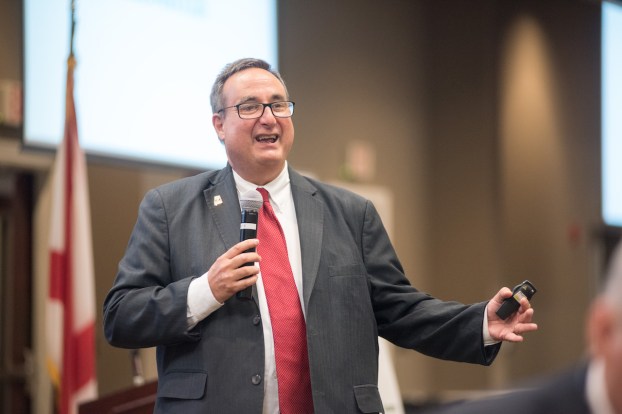 Shelby County’s annual state lodging tax revenue increased from 2016 to 2017 at a rate of 9.4 percent, which is faster than the average rate of growth for the state, 7.1 percent.

The county’s total (direct and indirect) travel-related employment has also increased. The rate of growth from 2016 to 2017 sits at 5.5 percent, while the state’s average rate of growth is 4.1 percent.

Statewide, the economic impact of tourism in 2017 increased by 7.1 percent from 2016. In 2017, travelers were estimated to have spent more than $14.3 billion in Alabama. Taxes paid by tourists saved the average Alabama family $467 last year.

After highlighting some of the county’s most popular tourist attractions, such as Oak Mountain State Park, several premiere public golf courses, locally-owned wineries and Cahaba River Park, Brennan gave some tips on how to further promote tourism in Shelby County.

A big trend right now is cell phones and social media. The county can tap into that opportunity by pointing out scenic places in the area to take photos. Brennan suggested putting up signs to inform tourists about good places to take photos, or creating a hashtag for tourists to use while visiting certain places.

“It’s a great social media marketing tool and it builds up user-generated content,” he said.

Brennan said 97 percent of Americans use smartphones to enhance their trips and vacations. On a worldwide scale, 85 percent of travelers are smartphone users, of which 32 percent use the device to book travel plans.

Experiential travel, which is a form of tourism in which people focus on experiencing a country, city or particular place by connecting to its history, people and culture, is becoming more popular, Brennan said. Travelers want to meet locals and experience a place authentically. To help provide this experience, Brennan suggested finding local people who want to get paid for giving tours. Tours can be marketed on popular websites such as Viator.com and TripAdvisor.com.

Although smartphones and social media have become increasingly popular, Brennan said there’s still a place for brochures. He said it’s beneficial for every county to have a brochure listing its attractions.

Upcoming opportunities to capitalize on tourism include Alabama Restaurant Week from Aug. 10-18 and the 2021 World Games, which will be held in Birmingham.