COLUMBIANA – The bond reduction hearing for a 44-year-old man who was arrested in connection with the 2017 homicide of 27-year-old Melissa Ann Cleckler has been scheduled for later this month. 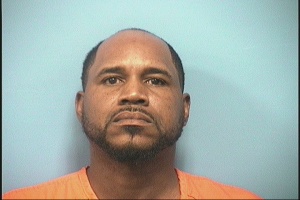 Initially, Jones’ bond reduction hearing was scheduled for May 2, and has since been rescheduled multiple times.

The motion that Jones’ attorney filed claimed that his bond was so excessive as to create no bond. It also claimed that Jones was not out of jail on bond or on probation during the time of his arrest, and that a co-defendant, who was arrested at the scene, is the culpable party.

Jones is the second suspect who was charged in relation to Cleckler’s homicide. Jones’ arrest took place on Dec. 5, 2017, days after the first suspect, Anthony Scott Germany, was taken into custody.

Both Jones and Germany were charged with abuse of a corpse after they allegedly removed Cleckler’s body from a house, transported her by vehicle and left her on Egg and Butter Road in late October 2017. No suspects have been directly charged with Cleckler’s murder.

As of July 9, both Jones and Germany remain in jail, each on bonds totaling $250,000. Abuse of a corpse is a Class C felony. If convicted, both suspects could spend up to a decade in prison.