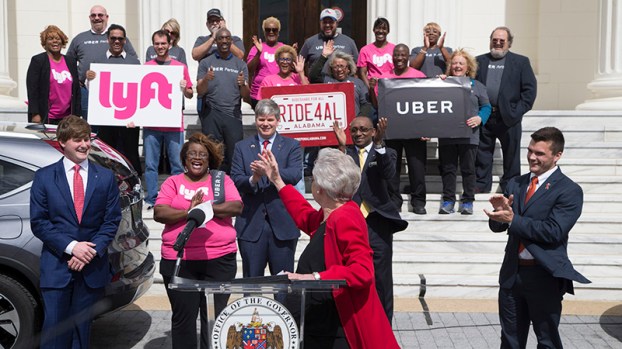 Residents throughout Shelby County and Alabama now have access to popular ridesharing companies such as Uber and Lyft regardless of their proximity to large cities after a new state law recently went into effect.

In late June, Alabama Gov. Kay Ivey announced the new state law, which was passed during the 2018 legislative session and signed by Ivey in March, was going into effect on July 1.

“Alabamians in all areas of our state now have the option to enjoy the many benefits of ridesharing, including opportunities for those looking to make extra income; increased economic activity for local businesses, cities and towns; and the expansion of safe, affordable transportation options,” Governor Ivey wrote in a statement. “I was pleased to have a part in bringing this much-needed service statewide and look forward to watching these platforms grow in the years to come.”

Through ridesharing services, customers are able to use a smartphone app to find and schedule rides from drivers registered with the ridesharing company. Most ridesharing drivers use their personal vehicles to transport riders.

Previously, only certain Alabama cities and metropolitan areas were able to offer ridesharing services, and each city was responsible for setting guidelines for the ridesharing companies. In Shelby County, cities such as Hoover and Alabaster offered ridesharing before the state law went into effect, but several parts of Shelby County did not have access to the service.

“This is a great day for individuals around the state of Alabama — for drivers and passengers — as they can now experience the various benefits of ridesharing, including having access to responsible and reliable transportation statewide,” Jake Darby, general manager for Lyft, said during a June ceremony honoring ridesharing becoming available statewide. “Governor Ivey played an instrumental role in bringing this law to fruition, as did our regulator the Alabama Public Service Commission, and we are excited that a new chapter officially begins today.”