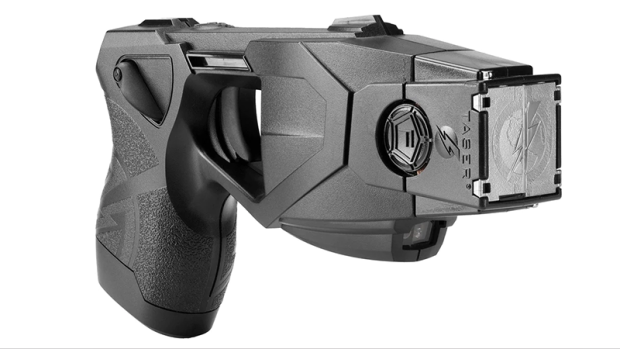 The Alabaster City Council approved the purchase of 20 new Tasers for the Alabaster Police Department during a recent meeting. (Contributed)

ALABASTER – The Alabaster Police Department soon will get several new Taser devices to replace outdated units after the City Council recently voted to fund the purchase.

City Council members voted unanimously during their July 9 meeting to approve a $23,460 purchase from the NPP Government Purchasing Cooperative to purchase 20 new Taser devices. The price includes the X26P Tasers at $1,022 each, holsters at 61 each, 21-foot cartridges at $28 each and battery packs at $62 apiece.

Funding for the devices will primarily come from the department’s share of the civil asset forfeiture fund.

Tasers are non-lethal weapons equipped with dart-like electrodes fired from the device intended to incapacitate a person. The devices can also be used to stun an individual via contact, and are used in situations when an officer’s only other option may be to use lethal force.

Alabaster Police Chief Curtis Rigney said the department’s officers are currently equipped with Tasers, and the new units will be used to replace outdated Tasers for which parts are no longer available.

The new Taser devices will feature two cartridges instead of the current units’ one cartridge, and will have a longer reach than the current devices, said Ward 5 Councilman Russell Bedsole.

FROM STAFF REPORTS Jaidyn McDuffie, the 2018 Tiny Miss Heart of Alabaster, has earned the prestigious title of the 2018... read more