“The American Village is pleased to join the Shelby County Reporter in recognizing Major Jeffery B. Sullivan as Veteran of the Week,” American Village founder and CEO Tom Walker said. “He is representative of the hundreds of thousands of Alabamians who have risked it all for the sake of our country and its freedom. To all veterans we owe a debt we can never fully repay.” 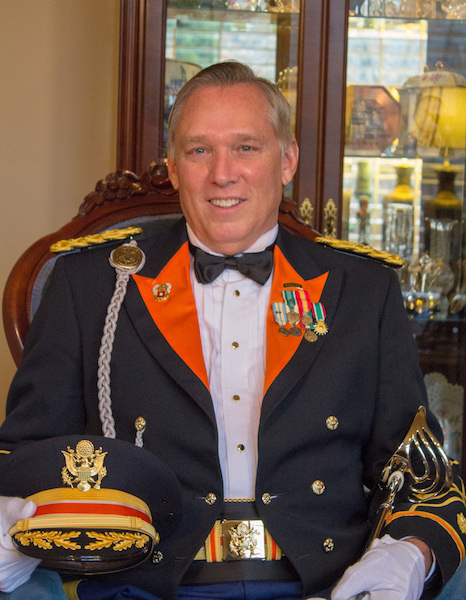 Major Jeffery Bryson Sullivan is being recognized as Veteran of the Week. (Contributed)

Here are highlights about this week’s Veteran of the Week: Jeffery Sullivan was born in Chattanooga, Tennessee, in 1955. He now lives in Chelsea, Alabama. Major Sullivan is a “soldier’s soldier.” He served his country in the United States Army for 21 years. He was a member of the 75th Army Ranger Battalion. He dedicated his life to service, duty and patriotism. After retirement, he continued to serve his fellow soldiers in helping build homes for wounded warriors of WWII, Iraq and Afghanistan. He also instilled love of country and patriotism in his children. This is evident in the service of his two sons, one serving in the Army and one in the Navy. Major Sullivan will continue to care for those who came before him in service and after him.

In His Own Words: “The American flag flies in the winds of freedom, bought by the sacrifices of a few brave men and women, either citizen or service member. It flies above all other flags or symbols as a sign of respect for our nation and its citizens. When the flag is lowered for an event or person, it is done so to show national respect and pride for the sacrifice that the event or person has contributed to this great country and has allowed the flag to wave in the winds of freedom.”