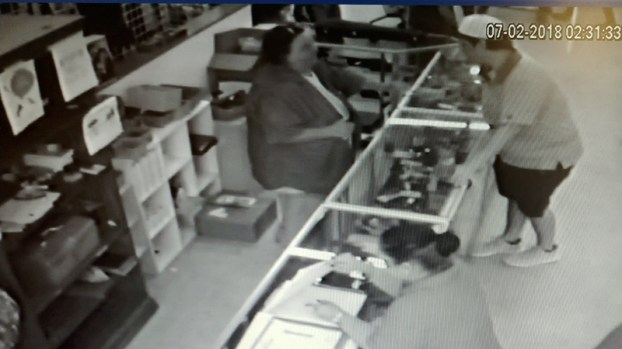 The Alabaster Police Department is seeking information about a man suspected of stealing from the America’s Thrift Store on July 2. The suspect is pictured at the top right of this video still. (Contributed)

ALABASTER – The Alabaster Police Department is asking for the public’s help to identify a man suspected of stealing from the America’s Thrift Store off Second Street Southwest.

The alleged theft occurred at the thrift store on July 2, and involved a white male suspect who appears to have a tattoo sleeve on his right arm, according to surveillance footage stills from the store.

The alleged thefts occurred at about 2:30 p.m., according to timestamps on the surveillance footage.

“The subject in the photos is wanted for questioning regarding a theft that occurred at America’s Thrift Store on 7/2/2018. Please view and share,” read a July 30 post on the APD’s Facebook page.

Anyone with information related to the suspect is encouraged to call the APD at 663-7401.