COLUMBIANA – A 39-year-old Birmingham man who was already facing charges alleging he raped an underage girl in 2012 was rearrested on July 31 and charged with several more child sex abuse counts after a Shelby County grand jury brought the new charges against him. 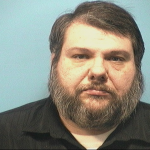 During its June term, a Shelby County grand jury reviewed evidence in the cases and returned a seven-count indictment against William Thomas Beavers, who lists an address on Tomahawk Road in Birmingham and previously listed an address on East Whirlaway in Helena. The indictment charged Beavers with two counts of traveling to meet a child for immoral purposes and one count each of enticing a child, second-degree rape, second-degree sodomy, second-degree sexual abuse and electronic solicitation of a child.

Beavers was already facing charges of first-degree rape, first-degree sexual abuse and first-degree sodomy after he was arrested by the Alabaster Police Department in September 2014.

Beavers previously served 372 days in the Shelby County Jail in 2013 after he pleaded guilty to one felony count of interference with custody for “knowingly taking or enticing (the victim) from the lawful custody of its parent, guardian or lawful custodian” in 2012. He was released from jail in December 2013, and was serving a three-year supervised probation term when he was arrested on Sept. 26, 2014.

Beavers has pleaded not guilty to the 2014 charges, and the counts are still pending in Shelby County Circuit Court.

Beavers’ most recent charges allege he lured a child on Aug. 28, 2012, and Nov. 17, 2012, for sexual purposes, and traveled multiple times from August 2012 to November 2012 for purposes “including sexual intercourse, sodomy, a sexual performance, obscene sexual performance or other sexual conduct for his benefit.”

The victim was between 12 and 16 years old at the time of the offenses, according to the indictments.

Beavers was released from the Shelby County Jail on July 31 after posting bonds totaling $135,000. He is set to appear in Circuit Court on Aug. 27 for an arraignment.