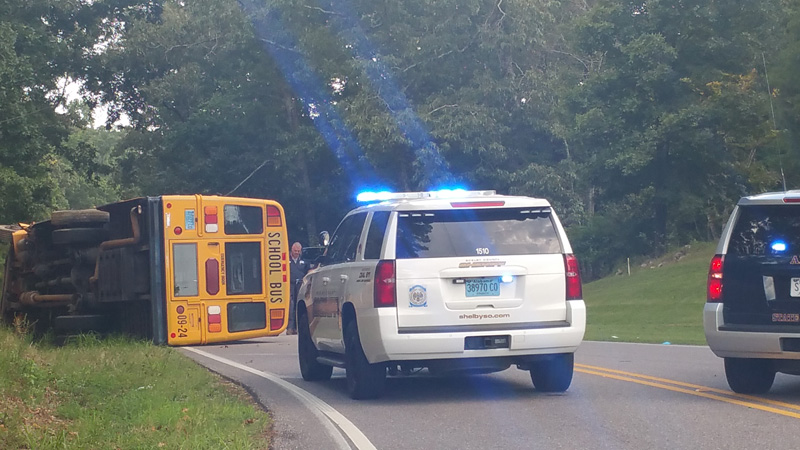 CHELSEA – No students were onboard a Shelby County Schools bus when it overturned the afternoon of Tuesday, Aug. 7.

The bus was assigned to Chelsea High School and Chelsea Middle School, according to Cindy Warner, public relations and community education supervisor for SCS.

The bus driver also was not injured, Warner said in a press release.

“We do not currently have a cause for the accident, which is under investigation,” Warner said in the release, and no further information was immediately available.

Aug. 7 was the first day of school for students in Chelsea and across the Shelby County school district.