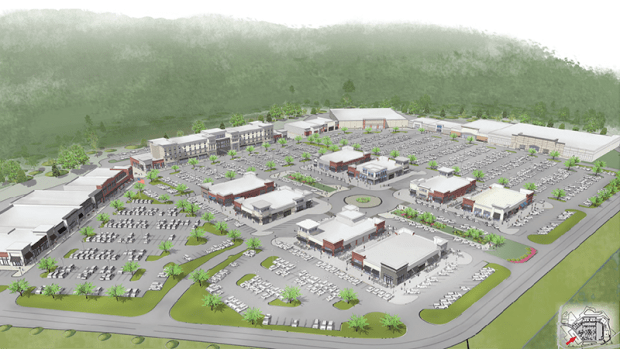 ALABASTER – A developer for a proposed large new shopping center in Alabaster is set to close on the property in October, and crews likely will begin moving dirt on the development late this year, he told members of the Alabaster City Council during an Aug. 9 work session.

“Everything is moving in the right direction, and we are getting ready to really pick up the pace,” Owens said. “We should begin moving dirt in November and have everything cleared in March (2019).”

Owens’ update came about six months after the City Council voted to rezone about 75 acres from mobile home and community business zoning to mixed-use zoning to allow for the more-than-350,000-square-foot District 31 shopping center to be constructed across I-65 from the Propst Promenade shopping center. The city’s Planning and Zoning Commission voted in November 2017 to recommend the rezoning to the City Council.

The rezoning will not go into effect until Alumni Properties purchases all the property for the development, which Owens said will be finalized this fall.

“We are pretty darn sure we are going to open up 100-percent leased on phase one,” Owens told council members.