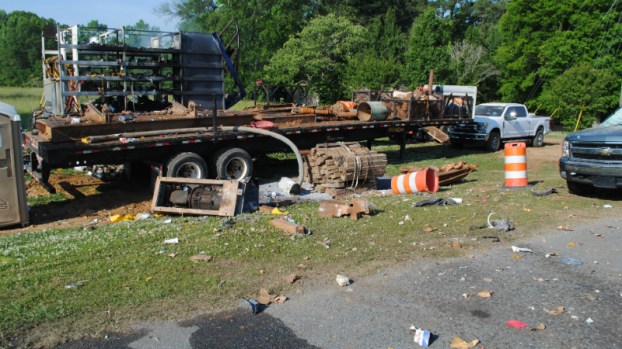 An explosion at a roadside construction site off U.S. 280 in Harpersville in May killed one person and injured four others. (FILE)

BIRMINGHAM – The contractor at a utility construction site in Harpersville where an explosion killed one person has been fined more than $28,000 for violations by the U.S. Department of Labor’s Occupational Safety and Health Administration.

Weatherford, Texas-based Legend Directional Services LLC was cited for improperly storing flammable materials and failing to train employees on the hazards associated with such materials.

The explosion at the construction site off U.S. 280, near the intersection with Farmingdale Road, on May 9 killed Christopher Anderson of Mississippi.

Four other workers were injured, and the roadway was also shut down, as the explosion damaged passing vehicles and even a nearby residence.

Work being performed in the area was to install natural gas lines.

Harpersville Police Chief Jimmy Macon said at the time that the explosion could be felt across the area.

“You could feel it up to a mile away because I was getting my daughter in the car at our house, and we felt it,” he said.

Residents several miles away at the time of the blast contacted authorities, Macon said.

The total proposed penalties against Legend Directional Services LLC was $28,455.

By NEAL WAGNER / Managing Editor ALABASTER – Alabaster’s Kingwood Church will continue a longstanding tradition throughout the month of... read more