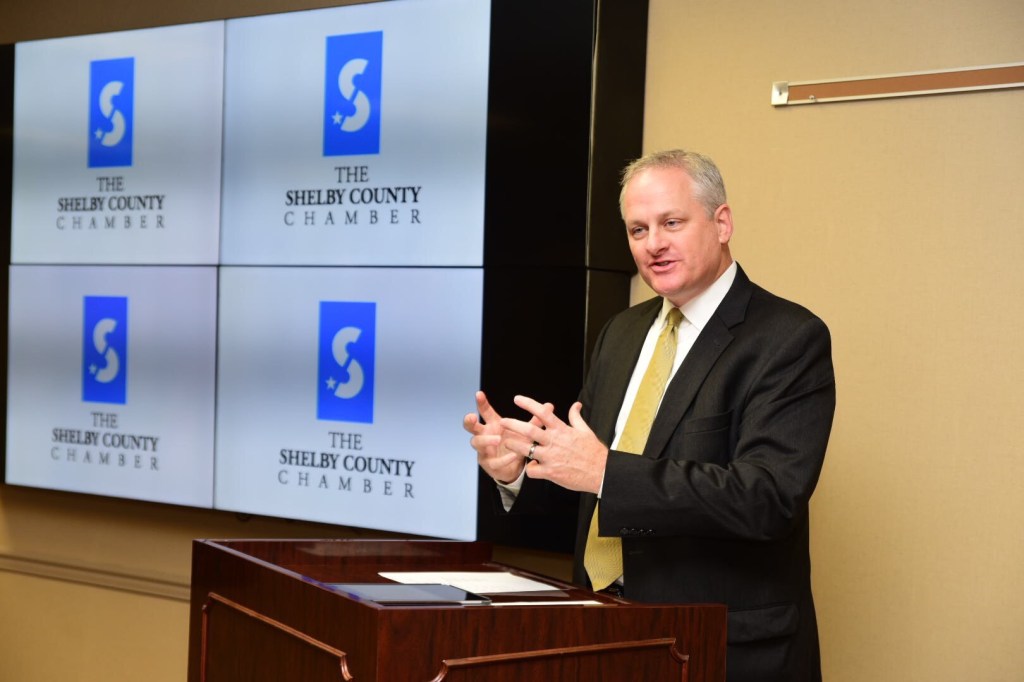 Paul Rogers explains how leaders with the Greater Shelby and South Shelby chambers of commerce came to decision to merge to become one entity, The Shelby County Chamber. (Reporter photo/Keith McCoy)

The board of directors for the Greater Shelby and South Shelby chambers met separately during the week of Nov. 26 to approve the merger. Greater Shelby Chairman Joe Meads said the 32-member board passed the measure unanimously. South Shelby Chairwoman Jacqueline Gardner, with St. Vincent’s One Nineteen, said the merger was also unanimously approved by their 14-person board. 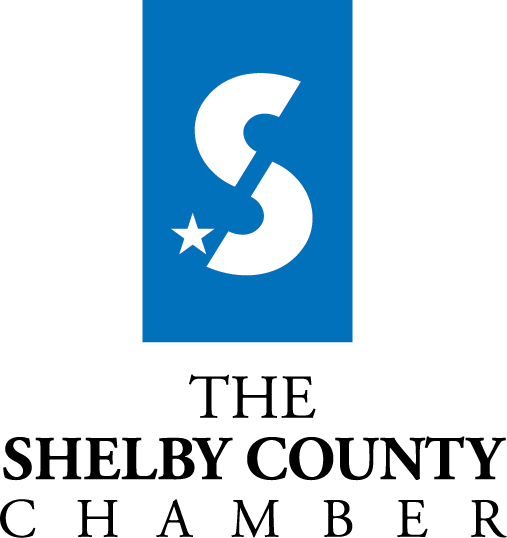 GSCCC President and CEO Kirk Mancer said the two boards of directors will combine to create one board with 35-40 members. Mancer, who will also serve as the president and CEO of The Shelby County Chamber, said all board members were offered the opportunity to fulfill their three-year terms.

Bill Connor, president and CEO of America’s First Credit Union, has been tapped to serve as the chairman of the new chamber, and Kathy Copeland, director of governmental and public relations for White Rock Quarries – Vincent Hills, will serve as the 2020 chair elect. Both Meads and Gardner will serve as the immediate past chairs.

By forming one county chamber, the goal is to create a singular voice for the county’s business community, to provide opportunities for enhanced involvement for businesses and to eliminate a duplication of services.

Gardner said the move will be “transformative” for businesses in the community. Collaboration between the two groups has existed for quite some time. In 2015, the Greater Shelby and South Shelby chambers formed a partnership and began hosting joint events. The Task Force on Strategic Partnership, made up of members from both chambers, was originally formed about a year ago with the intent to find ways to make the partnership between the chambers stronger, but ultimately it was decided that coming together was the best choice.

Paul Rogers, leader of the task force, said the primary goal of the group was to decide what type of partnership would work best for businesses in the county.

“We kept the focus on who we were there to serve, the businesses,” he said. “We reached out to the chamber boards, city and community leaders and municipalities to get input about ideas and to hear concerns. There was dialogue with well over 100 people so that we could get as much input as possible. The focus has never been on saving money or reducing staff. That’s not the agenda here.”

“Roughly a dozen people have been working on this on a volunteer basis,” Mancer said. “These people are employed by businesses throughout the county and dedicated countless hours to this effort. They worked together and decided that this was the best direction.”

Shelby County Manager Alex Dudchock, co-chair of the ShelbyOne Next Level Up initiative, referred to the merger as “a natural progression.”

“It creates a consistent means of communication when it comes to community outreach and developing relationships with local and state elected officials and community leaders, and it’s more efficient when it comes to staff and overhead costs,” he said.

The new entity will consist of about 1,200 investors. Meads said the merger provides an opportunity for investors to have access to services and programs they previously didn’t. Mancer added it’s important to note that the monthly luncheons hosted by both chambers will continue.

The first Chamber Connections Luncheon has already been set for Jan. 10, 2019. Mancer said the importance of infrastructure and funding infrastructure will be discussed. At the January Community Luncheon, the results from the Business Outlook Survey will be released.

Programs such as Coffee with the Mayor and Keeping It Real will also continue. Mancer said increases in annual investor fees will not be forced on any business and that businesses can maintain their current level of participation.

“We will hold events throughout the entire county so no one should have to drive across the county attend events,” he said.

Both the Greater Shelby and South Shelby chambers have developed growing and collaborative partnerships with the Montevallo Chamber of Commerce over the past several years including jointly-hosted events and activities and providing bookkeeping services. Because of that relationship, the MCC board and staff leader have been kept informed about these discussions with the opportunity to consider how they might be involved.

“The MCC board has recently voted to build on its existing collaborative partnership with the other Chambers and is currently considering becoming part of the combined entity,” said Paige Wallace, MCC Board President.

The new combined organization will also continue working closely with other business and
workforce development organizations including 58 INC, with whom they share office space and
provide administrative support, to address the needs of existing and future employers throughout Shelby County.

A joyous night: Pelham comes together for tree lighting…