Kingwood takes down No. 3 Tuscaloosa Academy 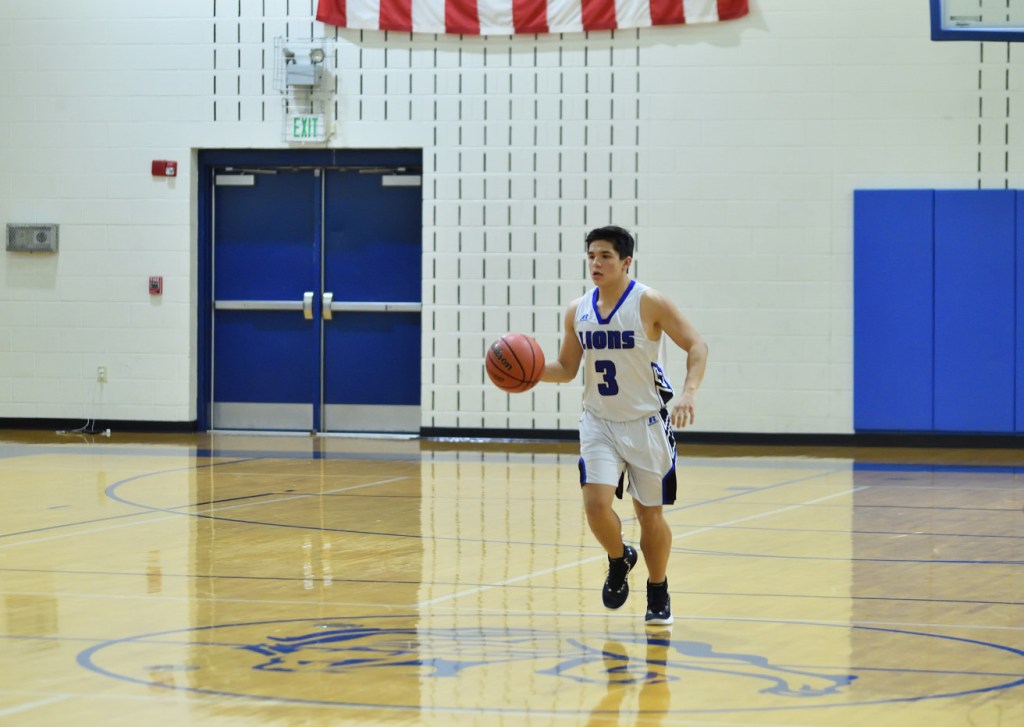 The Kingwood Lions were able to pull off an upset against Tuscaloosa Academy on Tuesday, Jan. 22, to improve to 15-5 overall. (For the Reporter/Larry Dancy)

TUSCALOOSA – The Kingwood Christian Lions have had an impressive 2018-19 basketball season, spending much of the season inside the top five of the ASWA basketball rankings and getting as high as the No. 3 team, but when it came to their toughest opponents, the Lions were hitting a wall.

That all changed on Tuesday, Jan. 22, when Kingwood went on the road and took down No. 3 Tuscaloosa Academy, who has spent time as the No. 1 team in the state, by a final score of 45-42.

A key reason for that was Devin Ervin’s double-double performance of 19 points and 10 rebounds, including 17 of those 19 points in the first three quarters to help the Lions (15-5) take the lead.

In the first quarter, however, his six points were close to all of Kingwood’s production. Aside from that, the Lions got two from Miles Clay and one from Garrett Helmers.

Tuscaloosa Academy was able to take advantage of a slight offensive struggle from Kingwood by draining seven field goals in the period for the Knights’ best quarter of the game posting 15 points to take a 15-9 lead at the end of the frame.

In the second quarter, the momentum swung into Kingwood’s favor.

The Lions got seven more points from Ervin, a 3-pointer from Calib Strayer and three points from Tyler West for a combined total of 13 points in the period.

Defense, however, was the key to Kingwood’s turnaround.

After posting 15 first-quarter points and knocking down seven shots, Tuscaloosa Academy was only able to hit one 3-pointer in the second quarter, while earning five more points at the line.

That gave Kingwood all the confidence it needed heading into the second half of play as the Lions carried all of the momentum over to the third quarter for their best period of the game.

Defensively, they held the Knights to two field goals and just one made free throw for six points, which led to several chances on the offensive end as well.

Strayer hit his second and third 3-pointers in the quarter to give the Lions a spark, while Ervin posted four more points and Clay hit a 3-pointer of his own. That combined with Peyton Long’s first basket of the game helped Kingwood jolt in front for a 37-29 victory heading to the final period.

Tuscaloosa Academy was able to pull themselves back into the game in the fourth thanks to struggles at the free throw line from KCS, but the Lions were able to make two of their six free throws, both of which came from Clay, to do just enough to hold on for the 45-42 win.

Clay’s free throws along with three combined field goals from Ervin Strayer and Long all became difference makers in the Lions hanging on to pull off the upset.