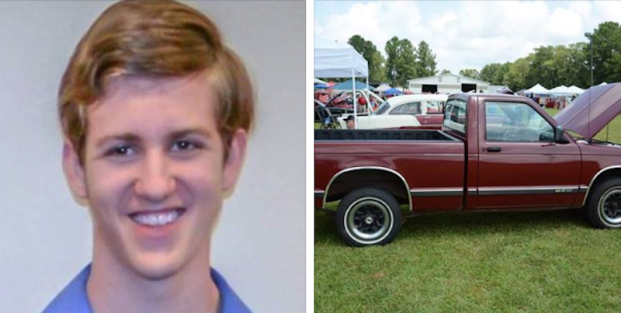 Eighteen-year-old David Bass of Columbiana was found safe in Arkansas on Feb. 20, two days after his father called the Columbiana Police Department to report him missing. (Contributed)

A Columbiana man reported missing by his family Feb. 18 has been located and declared safe.

David Bass, 18, was located Wednesday, Feb. 20, in a town near Foreman, Ark., his intended destination for work when he left Columbiana on Saturday, Feb. 16, according to Columbiana Police Department Detective Sgt. David Alexander.

Alexander said Bass’s father called the police department on Monday, Feb. 18, and said he hadn’t heard from Bass since noon on Feb. 16, and was unable to reach him at the motel where his other work crew members were staying and at the job site on the morning of Feb. 18.

Alexander said attempts to call Bass’s cell phone were unsuccessful, as it was turned off.

“We weren’t getting any information from the phone at all,” Alexander said. “I was concerned because it’s highly unusual for an 18-year-old to go without a phone.”

Alexander issued a nationwide alert to other law enforcement agencies on Bass as a missing person, and a post circulated among people in multiple states on social media.

“It had been shared over 500 times and between 20,000-25,000 people had viewed that post,” Alexander said of the post. “I took a lot of investigative steps in this case, did just about everything I could do and used every resource I could.”

A man who had seen the post recognized Bass and his vehicle in Ashton, Ark., and notified police.

Bass said he had dropped and broken his phone while traveling, according to Alexander.

“On Wednesday morning, I spoke to him on the phone,” Alexander said, noting the search ended within 48 hours of Bass’s father reporting him missing. “He was safe.”

Alexander praised the efforts of law enforcement, the man in Arkansas who reported seeing Bass, and the public in viewing and sharing the social media post about Bass.

“We were happy he was safe and sound,” Alexander said.

By Stephen Dawkins Photos by Keith McCoy Even on Sunday mornings, there was no sleeping in for Ruby Dukes. She... read more