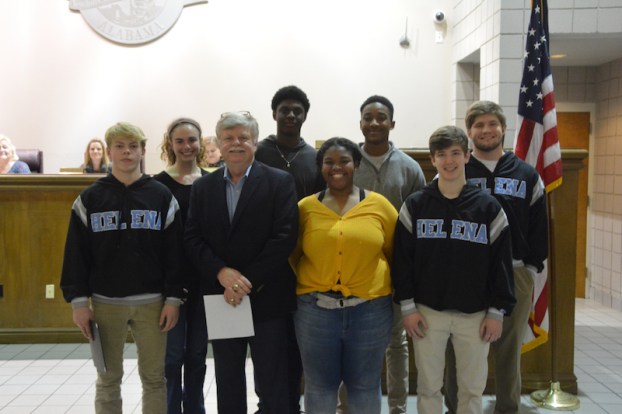 HELENA – Helena High School has seen its fair share of individual and team state championships in the past, and on Monday, March 11, several individuals were once again honored by members of the Helena City Council for their hard work, dedication and strong results in their respective sports in 2019.

In addition to the winners, the council also commended those that finished either runner-up or third place in both wrestling and track and field.

“This means an awful lot to us as a city to have these kids excel in these sports as it brings notoriety and public relations that we can’t make,” Helena Mayor Mark Hall said. “These kids are dedicated, and not only are they great athletes, they’re great students so we’re just very proud of them and appreciate them.”