PELHAM – An early morning stabbing on Wednesday, March 13, has left a woman fighting for her life, according to the Pelham Police Department. 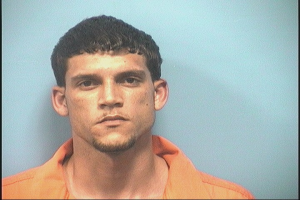 Dispatchers received a call for help just after 4 a.m. on March 13 at extended-stay hotel WoodSpring Suites on the 100 block of Bishop Circle, according to police. The caller told dispatchers a woman had been stabbed. When officers arrived, they immediately attended to the victim’s life-threatening injuries until paramedics arrived.

After searching the area, officers quickly identified Michael Alan Ryan, 31, as the suspect. He is charged with attempted murder and is being held in the Shelby County Jail without bond.