“The American Village is pleased to join the Shelby County Reporter in recognizing Major Alanson David Brown Jr. as Veteran of the Week,” American Village founder and CEO Tom Walker said. “He is representative of the hundreds of thousands of Alabamians who have risked it all for the sake of our country and its freedom. To all veterans we owe a debt we can never fully repay.” 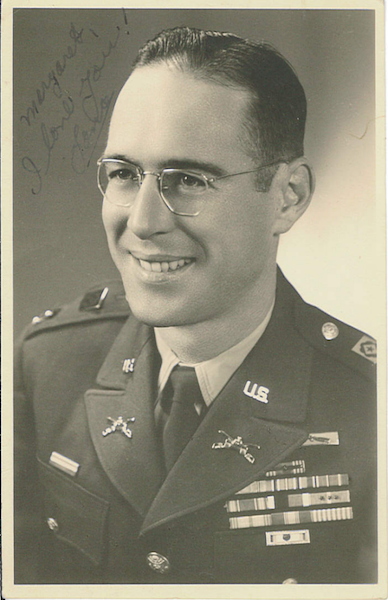 Major Alanson David Brown Jr. is being recognized as Veteran of the Week. (Contributed)

Here are highlights about this week’s Veteran of the Week: Alanson David Brown was born in Rushton, La., in 1920. He attended New Mexico Institute and Texas Tech before volunteering to serve in the United States Army as a tank destroyer instructor. Major Alanson “A.D.” Brown served in World War II and Korea, and was discharged in 1961. He was very devoted to his job and his country as well as his family. He spent his retirement as the supply officer and rifle instructor at Lyman Ward Military Academy in Camp Hill. A.D. died in 1985. He left this world with numerous awards and badges for all his military accomplishments and was well-known for his knowledge and dedication to his job. He loved his family and enjoyed taking them fishing. He also enjoyed cooking, reading a good Western book, and spending time with his grandchildren.

In His Own Words: “No wonder they call me Handsome Lancesome.”