Former officer sentenced to 6 months in jail for sex crimes

COLUMBIANA – A 33-year-old Pleasant Grove man and former police officer will spend the next six months in the Shelby County Jail after he pleaded guilty to two counts of first-degree rape and one count of attempted sexual abuse of a child younger than 12. 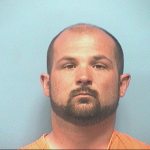 Joshua Richard Herbinger, who lists an address on First Place in Pleasant Grove and listed an address in Alabaster when he was arrested, pleaded guilty to the charges during a March 11 hearing in front of Circuit Court Judge William Bostick.

As a result of the guilty pleas, Herbinger originally was sentenced to a total of 10 years in prison, but his sentence was split to six months in jail followed by two years of supervised probation. He also must register as a sex offender for the rest of his life, and his entire 10-year prison sentence could be reinstated if he violates the conditions of his probation. Two sexual abuse of a child younger than 12 charges were dropped against Herbinger through a plea agreement.

“Law enforcement and the victim and her family have been consulted about this plea, and are in agreement with its terms,” read Herbinger’s sentencing order.

In September 2015, Herbinger was indicted on four felony counts of sexual abuse of a child younger than 12 and one felony count of first-degree rape.

Herbinger had been a Birmingham police officer for about nine years before he was terminated from the position on Oct. 24, 2014.

The Alabaster Police Department arrested Herbinger on Oct. 20, 2014, and charged him with the first-degree rape charge after an alleged incident involving an adult victim, according to Alabaster Police Chief Curtis Rigney.

When Herbinger was arrested on Oct. 20, 2014, he was out on bond for four counts of sexual abuse of a child younger than 12, which were brought against him by Alabaster police on Oct. 9, 2014.

According to Rigney, the child sex abuse charges came after a female student in Alabaster notified her school resource officer of the allegations.

According to his arrest warrants, Herbinger’s charges stemmed from multiple incidents between Jan. 1, 2011 and Oct. 7, 2014, during which he allegedly “touched (the victim’s) privates.”

By NEAL WAGNER / Managing Editor ALABASTER – The next Alabaster Board of Education meeting will have a new face,... read more