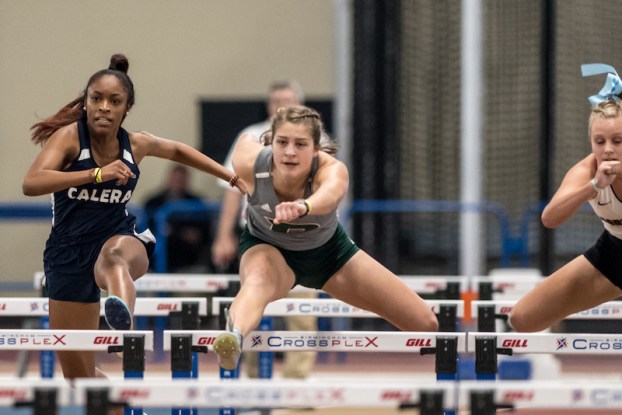 Pelham and Calera had two of the stronger performances at the 2019 Homewood Invite on Saturday, March 16. (File)

HOMEWOOD – It’s been a strong start to the 2019 outdoor track and field season for the county’s 1A-6A teams, and on Saturday, March 16, Briarwood, Calera, Chelsea, Helena, Pelham and Westminster at Oak Mountain posted strong performances at the Homewood Invitational.

In the event, those six teams combined for 17 finishers inside the top three with Pelham posting six, Calera four, Helena three, Briarwood three and Westminster at Oak Mountain one.

The highlight of the event was none other than Pelham, and specifically Erin Long, who recorded three of the Panthers’ six top three finishes.

The final individual athlete to claim a top-three finish was Katie Strozier, who also finished in first. She claimed the top spot in the 800-meter run with a time of 2:17.58, which was four seconds faster than second.

While Calera had three athletes finish just outside the top three with Tyler Ray, Nia Maye and Syncere Henderson all finishing in fourth, the Eagles also had four top three finishes.

In the 400-meter dash, Maye and teammate Jordon Bray were both able to claim top three finishes. Maye took second with a time of 59.97 seconds, while Bray, a seventh grader, finished third with a time of 1:02.25.

Henderson also added a top-three finish by claiming third in the 300 meter hurdles with a time of 46.05.

Helena and Briarwood were next on the list with three top three finishes.

The Hukies continue to be led by Jonah Hyde this year, as the senior took home first in the high jump with a height of 6 feet, 4 inches.

Teammate Kirsen Gardner was the other individual athlete to finish inside the top three after claiming second in the discus throw with a distance of 101 feet, 5 inches.

The final top-three finish for Helena came in the 4X100-meter relay, as the Huskies finished the event with a time of 50.81 seconds to take third place.

Briarwood’s only other top-three finish came in the 4X100-meter relay, where the Lions finished third with a time of 45.30 seconds.

Westminster’s lone top-three finisher was none other than sophomore Hallie Porterfield, who finished the 800-meter run in third with a time of 2:24.06.

Latest soccer rankings have 5 of possible 8 No. 1 teams from Shelby County

By ALEC ETHEREDGE | Sports Editor  With the midway point of the season here as teams prepare for spring break,... read more