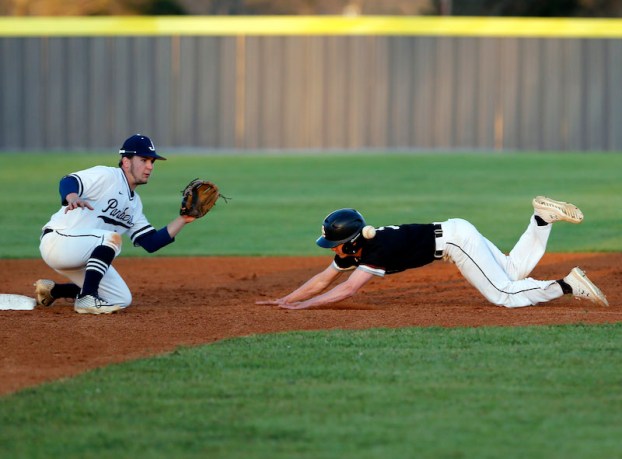 The Shelby County Wildcats improved to 12-5 on the season with a 1-0 win against Jemison on Thursday, March 21. (For the Reporter/Brandon Sumrall)

JEMISON – The Shelby County Wildcats improved to 12-5 on Thursday afternoon thanks to a 1-0 win on the road over the Jemison Panthers (6-8).

The games one and only run came in the top of the first inning thanks to a one-out single by Kaden Cardwell that set up a two-out RBI-double by Austin Harris to put the Wildcats on the board. A two-out walk to Blake Smith in the home half of the inning was all of the offense for the Panthers in the inning, as the game moved to the second with Shelby County leading 1-0.

A 1-2-3 inning for Shelby County in the second saw the Panthers pick up a solo base runner during the bottom half of the inning thanks to a walk and a pair of fielder’s choice singles, but resulted in no runs for the Panthers as the game moved to the third with no change in the score.

A lead-off walk by Greg Oliver for Shelby County and a one-out single by Daniel Martin for Jemison would do little to help either team during the third as the 1-0 lead for the Wildcats remained intact heading to the fourth.

A two-out single by Wyatt Miskelly was all the Wildcats could pick up in the fourth, while Jemison went down in order as the fourth came to a close with no change in score.

The Wildcats then went down in order in the top of the fifth inning, while a lead-off single by Dylan Benton and a fielder’s choice by AJ Jackson saw the Panthers move a runner as far as second, but an inning-ending strikeout kept Shelby County out in front 1-0.

During the bottom half of the next inning, an infield error by Shelby County allowed Blake Smith aboard for Jemison, however, a fly ball to right and a strikeout ended the threat and sent the game to the seventh and final inning.

Shelby County looked poised to add to their lead during the seventh thanks to a leadoff single by Matthew Pearson. Pearson then stole second, and advanced to third on a sacrifice bunt before a pop up to the catcher and a fly ball to right ended the half inning.

The Wildcats, however, didn’t need the insurance run as Jemison went down in order to close the game in the bottom of the seventh.

JP Fox got the start for Shelby County on the mound and threw 5 1/3 innings, while allowing two hits, two walks and picking up five strikeouts. Harris lead the Wildcats at the plate with a 2-for-3 performance with a single, double and RBI.