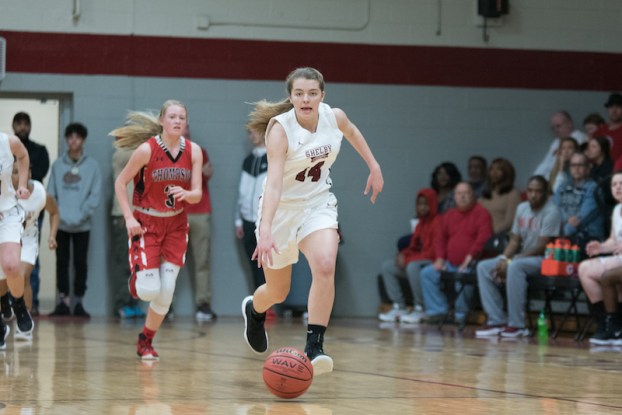 Shelby County's Maggie West, above, led the county in scoring during the 2018-19 basketball season to earn a spot on the girls' All-County First Team. (Reporter photo/Keith McCoy)

The 2018-19 girls basketball season was a special ride for several teams. The Spain Park Jaguars made their third consecutive Elite Eight appearance, the Chelsea Hornets advanced to the Sweet 16 for the first time since 2001, the Shelby County Wildcats lost just two games, and the Westminster at Oak Mountain Knights advanced to the Final Four for the second time in three years.

Those teams all had special runs, while the overall effort from the majority of county teams this year was better than ever. From teamwork to coaching, each team was special in its own way because of the hard-working players on the floor. Those players are honored below on the 2019 All-County girls basketball team.

Guard: Sarah Ashlee Barker, junior, Spain Park. In her third year as a starter, the University of Georgia commit averaged the most points in the 7A classification and third most rebounds to earn the Shelby County Player of the Year honor. She led the Jags to their third straight Elite Eight appearance and averaged 2.5 assists, 2.3 steals and 1.1 blocks per game as well. 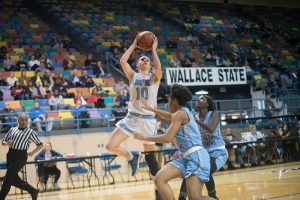 Guard: Kailey Rory, senior, Oak Mountain. Rory had a spectacular senior season for Oak Mountain and really ran the show from the guard position. She averaged 15.6 points, three rebounds and 2.7 assists per game and had the ability to take over any game. 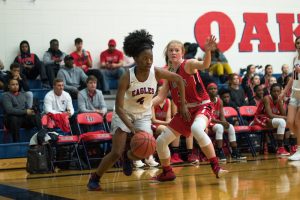 Guard: Brooklyn Oden, junior, Thompson. While the Warriors struggled this season, Oden could put up double-digit points against the best of opponents. She averaged the third most points per game in the county this year at 16 points and added six rebounds and four steals per game. 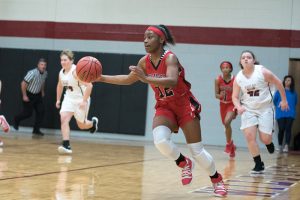 Forward: Maggie West, junior, Shelby County. Not many people across the state got familiar enough with the Shelby County Wildcats this season. They lost just two games all year, and a big reason for that was West, who led the county in scoring this year. She averaged 21.2 points, seven rebounds and three steals per game, and has a total of 1,583 career points in three years. 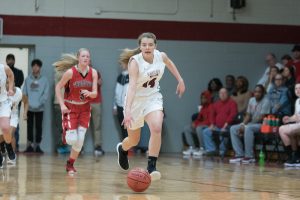 Center: Hannah Edwards, junior, Oak Mountain. Edwards was one of the best girl post players we’ve had in the county in a while. She managed to finish second in the entire 7A classification in rebounds this season with an average of 9.7 per game. She was also close to averaging a double-double thanks to her 15.1 points per game, while her 68 blocks this season were also second in the classification. 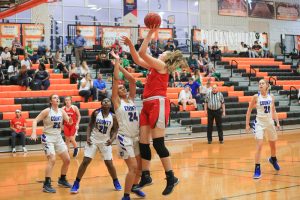 Guard: Ahrielle Parks, senior, Spain Park. With Parks, this year’s Spain Park team would have been good, but something would have been missing. She had dominant stretches and was a major key in the Jags’ run to the Elite Eight. She averaged 13.3 points, 3.5 rebounds, 2.9 assists and 1.5 steals per game. 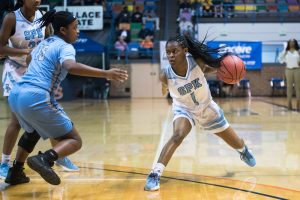 Guard: Pressley Rains, junior, Chelsea. Possibly one of the most improved players across the county this season, Rains helped turn Chelsea from three-win team a year ago to 16-win team this year that made its first Sweet 16 appearance since 2001. She averaged 11.9 points, 6.6 rebounds and 3.7 steals per game. 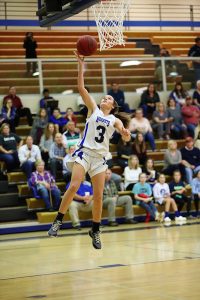 Forward: Morgan White, junior, Westminster at Oak Mountain. Having led the Knights to their second Final Four in three years, White had a special junior season. She only averaged 10.2 points per game, but was a key team player that also posted 4.8 rebounds and 2.4 assists per game. She had the ability to take over the game, and despite a loss in the Final Four, she posted 25 points and 12 rebounds for a double-double. She’ll go into her fourth season as a starter next year looking for redemption. 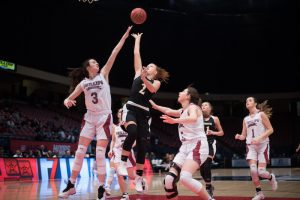 Forward: Jordan Parker, junior, Chelsea. Despite being injured for the final two weeks of the regular season, Parker left her mark on the year well before that. She helped Chelsea finish area play undefeated by averaging 16 points and 12.3 rebounds per game during area contests. Overall, she averaged 11.8 points, 7.2 rebounds, 2.3 blocks and 1.9 steals per game. 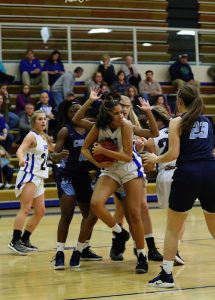 Forward: Nataley Whitner, junior, Shelby County. Showing that next year will be bright for the Wildcats, Whitner is the second of three juniors from the team to make this year’s list. She was a key part of a 1-2 punch with West by averaging 10.7 points, six rebounds and two steals per game. She has 667 career points in two years. 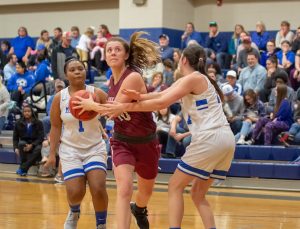 Guard: A.B. Davis, senior, Calera. Davis did just about everything she could this year, alongside younger sister Treasure Davis. She played all over the floor and averaged 12 points, six rebounds and two assists per game. She was one of the toughest players to stop going to the basket. 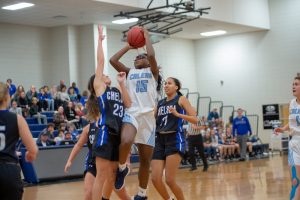 Guard: Bailey Bowers, senior, Spain Park. There’s probably nobody more deserving of a spot solely based on the heart and passion they play with than Bowers. As a senior with the Jags, she averaged nine points, 3.8 rebounds, two assists and 1.1 steals per game. She’s the type of player you see in person, and know they have to make the team because of how much it meant. 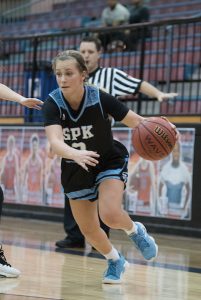 Guard: Chloe Van Covering, senior, Helena. The Huskies had three players that performed well. Aside from Van Kovering, Montana Harris and Julia Hensley also had similar stats and impressive seasons to earn honorable mention. But Van Kovering did just about everything she could on the floor averaging 10.3 points, four rebounds and 3.1 assists per game. 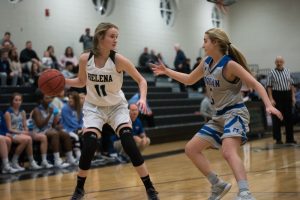 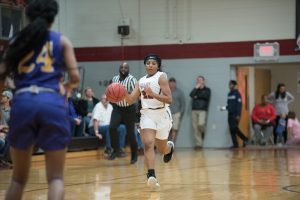 Center: Emma McKenney, sophomore, Pelham. If there was a rising player award, McKenney would win it with ease. As a sophomore, she averaged nine points, seven rebounds and two blocks per game. As she continues to improve each of the next two years, she’ll have chances to gain confidence and once that happens, she can be as good as she wants to be. 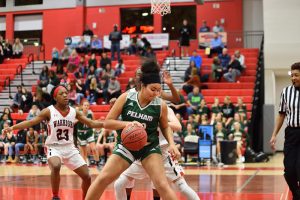