Fayette not limited by illness

Diagnosed with Parkinson’s Disease in 2008, Naser “Nash” Fayette’s life has presented many difficulties and unique challenges.

Fayette described feeling “a wavering in my hands and legs” as the beginning symptom of the disorder, which affects the central nervous system, causing patients to gradually lose the ability to totally control their body movements. 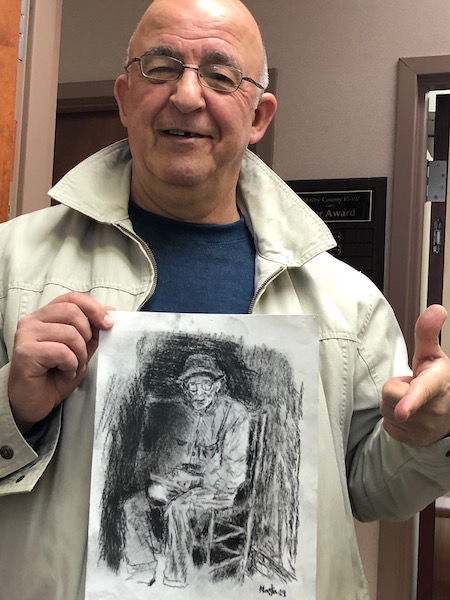 “Parkinson’s disease is another world. People have no understanding of the disease, it’s impact on the lives of its victims. The public is afraid of people with PD,” Fayette said.

Fayette is in the process of trying to organize a support group for people with PD. He wants to bring awareness to the community and create an environment for victims of the disease to have access to information, services and education, as well as emotional and social support.

The eldest of nine, Fayette was born in Bethlehem, a small town located at the southern end of Jerusalem. He endured an arduous 10-year logistics career as a project manager, where he handled the most famous military exhibition in Abu Dhabi, the capitol of United Arab Emirates.

“I am happy that I am here in the United States. Every citizen has rights and responsibilities. I want to be a good citizen,” Fayette said.

Two of his three sons graduated from the University of Alabama. A Columbiana resident since 2014, 63-year-old Fayette said, “I like Columbiana very much. The people are very friendly, it is a safe, quiet and clean place to live.”

Fayette has not let his disability stop him from completing everyday responsibilities and tasks like everyone else.

Still able to drive, he spends time at the library several days each week. He is a talented artist who can sketch anything or anyone.

He donated one of his sketches to Home Instruction for Parents of Youngsters, a school readiness program that works with families in the home to support parents in their critical role as their child’s first and most important teacher.

His work is on display at the Butch Ellis Building in Columbiana. Anyone interested in knowing more about his artwork or assisting him in the formation of the Columbiana Area Parkinson’s Support Group he is in the process of forming may contact him by phone at (205) 834-6813 or email him at nash12355@gmail.com.

Safe fun for all ages at annual Expo