By LAURA CLARK / Special to the Reporter

ALABASTER – Sometimes it’s about being first, but for heart patient Robert Smelcer of Alabaster, it was about the difference he made by being 50th.

“Before we could offer TAVR (transcatheter aortic valve replacement), people would have to go to the city,” she said. “And some of our patients were already from lower Alabama, so that meant they had to go further for care.”

The TAVR procedure replaces a failing heart valve by inserting a replacement through a patient’s groin and threading it to the heart, maneuvering it into the site of the old valve. The only incision is a small hole in the groin where a catheter is inserted. Traditional surgery involves cracking open the ribs and stopping the heart to insert the new valve.

“Our program had to do 50 open procedures within 12 months to be able to do the minimally invasive procedures. It was a real need here in our community, so now we can give our patients what they need here,” she said.

Robert and his wife, Donna, have been married 39 years and have been through a lot together. But around December of 2017, there was a new chapter added to their story.

“During a regular doctor’s visit, he was referred to a urologist, and after a biopsy was performed, it was determined he had prostate cancer,” Donna recalled.

During preadmission testing for his prostate surgery, Robert had an abnormal EKG, which led the nurses to pause.

He then landed in the care of Dr. David Fieno, cardiologist with HeartSouth, who approved him for the prostate surgery in February 2018 and followed up with him afterward to monitor his heart troubles.

After 39 rounds of radiation, Robert received the news he had been waiting for: he was cancer-free. But, the story didn’t end there. He still felt tiredness and shortness of breath, which lead him back to HeartSouth in August.

Robert saw cardiologist, Dr. Hosakote Nagaraj, and learned it was indeed his heart causing his symptoms.  After consultation, Robert had his mitral valve repaired and his aortic valve replaced on Sept. 6, 2018 – all with the aim of improving blood flow to the heart.

Dr. John Thurber performed his procedure, and Robert said he couldn’t speak more highly of the care he received.

“Everything and everyone was so great. I didn’t want to go anywhere else for my care,” he said.

While Donna is an important piece of the puzzle at Shelby Baptist, having been on staff for 40 years, she said they didn’t receive any special care just because she worked there.

“Some of them didn’t know who I was. They were just delivering
great care because that’s what they do,” she said.

Robert’s road to recovery included a stop at Shelby’s Cardiac Rehab for 40 days, and there they noticed signs of Atrial Fibrillation, a quivering or irregular heartbeat.

This led to yet another procedure a heart ablation to correct heart rhythm problems, which was performed by Dr. Krishna Gaddam, also with HeartSouth, on Feb. 7.

The Smelcers remain busy and are active in their church. Robert said he continues to enjoy time with his grandkids, who range from ages 3 to 15. He said he is preparing for the real test of how well he is recovering when they take their trip to Disney World this June. 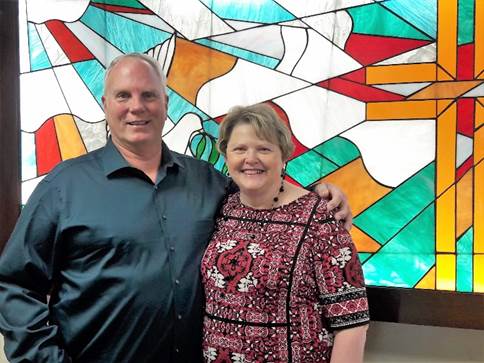