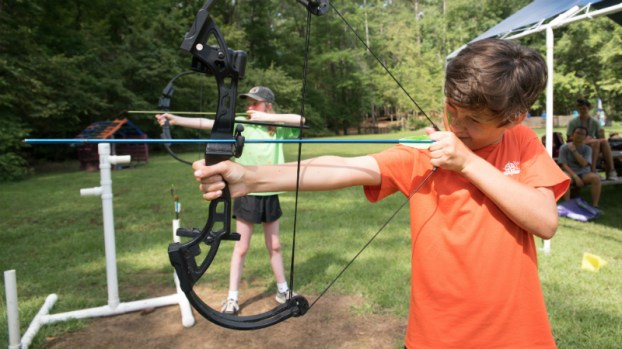 An estimated 13,000 youth and teens have participated in YMCA Summer Camp at Hargis Retreat Center, which has been sold. (FILE)

CHELSEA – The YMCA of Greater Birmingham has sold Hargis Retreat Center, located off Shelby County 280 (Old Hwy. 280) in Chelsea, which began operation in 1999 and has served about 13,000 youth and teens through the YMCA Summer Day Camp program.

The 179-acre property was sold to Eddleman Properties for $2.1 million, the Y announced.

The 2019 YMCA Summer Day Camp will still be held, and then the program will officially end operations on Aug. 30.

The Y has provided more than $1.1 million of financial support for the mission-based program and assistance for those in need, according to a press release from the organization.

“Summer Day Camp at Hargis is an outdoor experience that many will never forget,” the release read. “Outdoor Summer Day Camp will be continued in 2020 and beyond, but at a location to be announced.”

In addition to Summer Day Camp, Hargis Retreat Center has been home to many groups throughout the years. Hargis served more than 10,200 people within 111 groups in 2018 alone, according to the release. These groups range in nature from band camps, senior class retreats and many church retreats.

“Sadly, the demand for year-round meetings and retreats is in decline and cannot generate the revenue the Y needs to continue to operate year-round,” the release read. “Many lives have been touched by the time spent at Hargis. There will be closing celebrations for our Y family, camper families, and the community to pay their respects to the lake and beautiful surroundings throughout the summer.”

Dan Pile, president and CEO of the YMCA of Greater Birmingham said, “The staff and volunteers are saddened by the need to release the property which has meant so much for so many; however, we are heartened about the possibility to serve more people in YMCA programs and facilities in Shelby County.”

By ALEC ETHEREDGE | Sports Editor HOOVER – The 2019 edition of the Regions Tradition is quickly approaching with the... read more