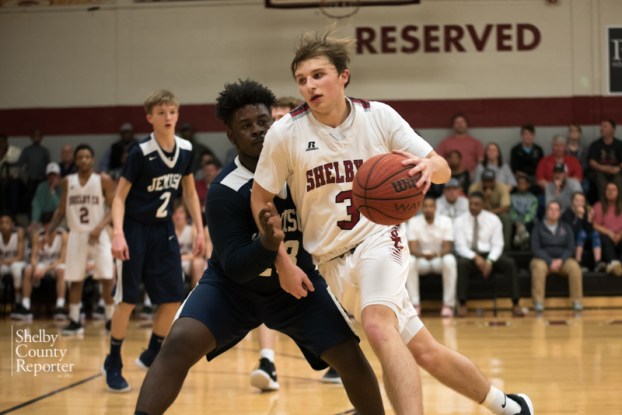 To continue playing a sport at the collegiate level following your high school career, you have to have a drive, a passion, a different type of leadership and you have to be good, all characteristics that describe Shelby County High School’s Nathan Bates.

On Wednesday, April 24, Bates officially committed to the University of West Alabama where he has now signed to continue playing basketball collegiately after an exceptional high school career with the Wildcats.

“Dreams really do become realities,” he said after committing on Twitter.

Bates was an integral part of the Wildcats’ basketball team the last few years enduring the ups and downs of the program before leaving a lasting mark during his senior season.

As a sophomore, Bates averaged 11.6 points per game with 52 made 3-pointers, quickly cementing himself as a threat across the county at a young age earning All-County honorable mention honors.

Then, as a junior, Bates really upped his game across the board posting 17.2 points per game, four assists and four rebounds scoring 412 points in that one season alone. He also made 19 more 3-pointers totaling 71, while scoring in double figures in 20 games with 11 of those games being 20-plus points per game. His efforts as a junior earned him a spot on the All-County Second Team.

While he had been successful during that two-year stretch, his final task was to help make the Wildcats a successful playoff team, and with help from Tae Whetstone, Bates did just that.

During the 2018-19 season, he helped lead the Wildcats from one win the previous year to 16 wins with their first playoff berth since 2015.

It was a stellar high school career that Bates was ecstatic to have, but two people in particular played a part in him being able to achieve that success.

“I have to thank the two best parents a kid could ever ask for,” Bates said. “They sacrificed time out of their day to support me in not only becoming a mature young man but also a basketball player.”

Bates also got to play under the 2018-19 Co-Coach of the Year in Wildcats’ head coach Cedric Drake, who played a key part in his success.

“I’d like to thank coach Drake for treating me like his own and never giving up on me through this process,” Bates said.

Bates will now join former county player Justin Allison at West Alabama, as the former Pelham player is transferring to the school from Spring Hill College.

The Tigers are coming off a very successful 23-8 season overall with a 16-4 mark in conference play. With five seniors on the 2018-19 roster and five more juniors, there will be the opportunity to play in the next year or two.

Bates has left his mark on the Wildcats and set the program up for a successful future, but now he has the opportunity to continue a lifelong dream.

Spain Park girls advance to playoffs despite loss to Spartans

By ALEC ETHEREDGE | Sports Editor  MOUNTAIN BROOK – Everything was on the line for the Spain Park and Mountain Brook... read more