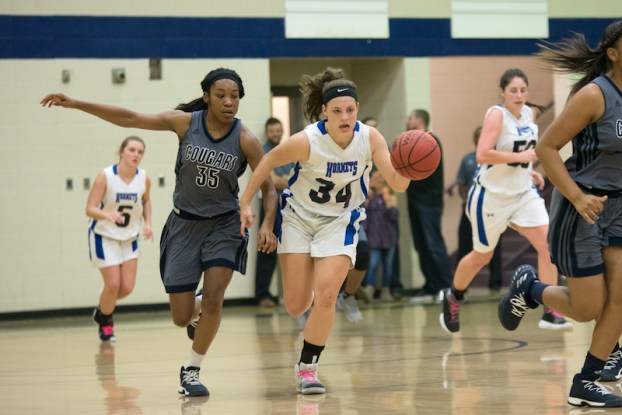 Former Chelsea basketball player Michaella Edwards is returning back to the area to attend the University of Montevallo after playing at Hamilton Heights in Tennessee during her senior year of high school. (File)

MONTEVALLO – University of Montevallo women’s basketball coach Gary Van Atta is pleased to announce the addition of Michaella Edwards to the 2019 signing class.

“Michaella is an excellent addition to our team,” Van Atta said. “She is a hard worker, a prolific scorer and an instinctive rebounder from the perimeter. She’s a good student and an even better person. We look forward to great things from her and the rest of the 2019 recruiting class.

Edwards was named to the 2016-17 Alabama High School Athletic Association Class 6A All-State team and finished near the top in several state record categories, including points per game with her 31.1 scoring average during her junior year at Chelsea High School ranking her 13th all time in AHSAA history.

Edwards also ranks near the top in points scored in a season with her 870 total points during her junior season at Chelsea ranking her in the top 25 all-time in scoring in a single season in AHSAA history.

Edwards is ranked 10th all time in AHSAA history with her 83.2 percent shooting from the free-throw line during her junior season.

Edwards was invited to participate in the USA 16-Under National Trials before spending her senior season at Hamilton Heights.

“Playing with and against some of the top players in the United States has challenged Michaella and pushed her to another level,” Van Atta said.

Briarwood boys, girls advance to 2nd round with mercy-rule wins

By ALEC ETHEREDGE | Sports Editor NORTH SHELBY – For the No. 1 4A-5A boys soccer team in the state,... read more