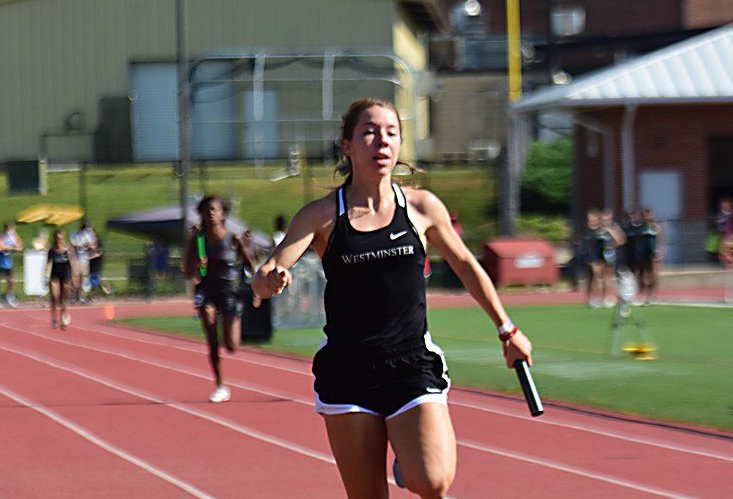 The Westminster at Oak Mountain girls' track and field team won the 2019 AHSAA Class 2A State Championship on Saturday, May 4. (Contributed)

CULLMAN – While the boys had won the last two state championships, it was time for the Westminster at Oak Mountain girls to shine in 2019, as the Knights’ outdoor track and field team brought home the Class 2A girls state championship on Saturday, May 4, in Cullman.

It marked the first state championship since 2014 for the girls, which was part of two consecutive titles, but it was just one of many highlights at the 2A event held at Cullman’s Oliver Woodard Stadium May 3-4.

Also performing well at the event were Westminster’s boys and Vincent’s boys, as each of those teams finished in a tie for eighth with 31 points at the conclusion of the event.

The biggest standout between the two boys’ teams was none other than Vincent’s Tae McGregor, who not only repeated as state champion in the 100-meter dash with a time of 10.67 seconds, but also won the 200-meter dash with a 2A state-record time of 21.81after running 21.74 in the preliminaries. 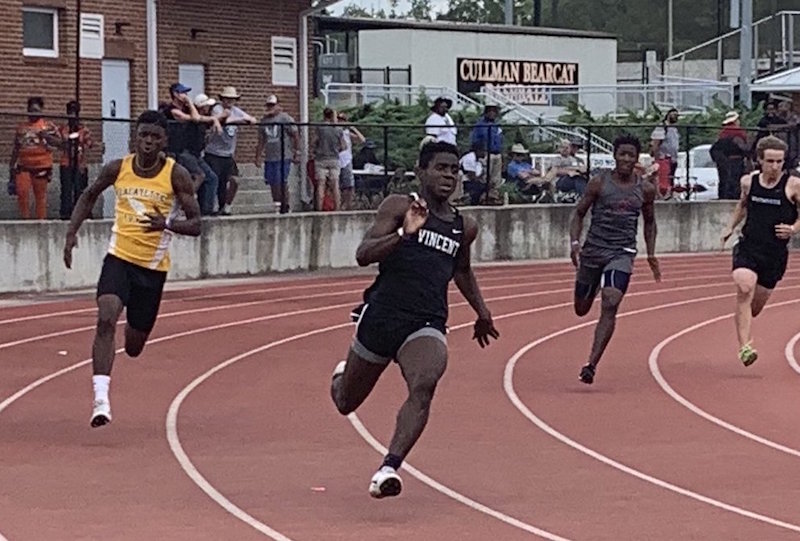 It capped off an impressive season for the athletic sophomore that will continue making a name for himself in the next two years.

The Yellow Jackets also got a podium finish from senior Chris Hardie, who took home second in the shot put finals with a distance of 48 feet, 10 inches. Joining him in the top six of that same event was teammate J.T. Youngblood, who finished sixth with a distance of 43 feet, 7 inches.

For the Westminster boys’ team there were no individual state champions, but the Knights did have several fourth place finishers and one podium finisher.

The Knights also got fourth place finishes from Andrew Purcell in the 800-meter run, Luke Eller in the high jump and triple jump, and the 4X800-meter relay team.

But the day belonged to the girls as a team.

All three of those titles became key in the team standings, as the Knights edged out Whitesburg in the final team standings by just three points, 134-131, to claim the team championship.

Molly Mixon also had a strong showing in the 400-meter dash, as she finished with a time of 1:01.88 to take home second and finish on the podium.

Westminster also got help from Payton Metcalf throughout the meet, but her finish of second in the 300 meter hurdles with a time of 47.27 seconds highlighted her week.

The championship win for the girls’ team avenges three consecutive runner-up finishes for the Knights, who have now broken through again after coming so close in both outdoor and indoor the last several years.

Recapping every event at the Shelby County Track and…