COLUMBIANA – A 46-year-old California man is facing multiple felony fraud, criminal conspiracy and sale of unregistered securities charges after he was accused of presenting himself as a movie producer and seeking money from local investors for a pair of movies he never made. 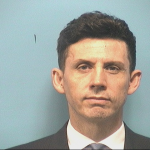 David Matthew Ranes, who lists an address on Lauren Canyon Boulevard in Studio City, California, was taken into custody at the Shelby County Jail on May 7 and charged with six counts of misrepresentation while selling securities, two counts of selling unregistered securities, one count of fraud and one count of criminal conspiracy.

Ranes was released from jail on bonds totaling $250,000 the same day he was arrested. Most of his charges are Class B felonies, meaning he could face up to 20 years in prison if convicted.

The arrest came more than two years after a Shelby County grand jury returned a 10-count indictment against Ranes during its November 2016 term.

According to the indictments, Ranes allegedly posed as a movie producer between February 2012 and September 2013 and solicited about $1.3 million from seven local investors under the ruse the funds would cover pre-production expenses for the movies “Sheriff Street” and “Playing with the Enemy.”

Ranes is set to appear in Shelby County District Court for a preliminary hearing in front of Judge William Bostick on June 24.

PELHAM – The Pelham Public Library recently became a certified sensory inclusive facility, thanks to a partnership between the city... read more