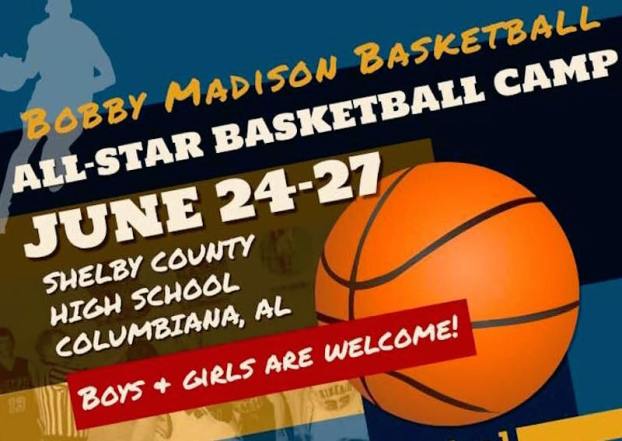 It’s hard to believe it has been 10 years, but from June 24-27, the Bobby Madison basketball camp will celebrate its 10th consecutive year of running a camp for both boys and girls at Shelby County High School.

Madison, who went on to play basketball collegiately for Western Michigan University before playing professionally overseas for nine years, played for Shelby County during his high school days and was a part of the winningest team in school history.

Now, he enjoys giving back to the community that helped his career take off and does so by putting on this annual basketball camp to teach boys and girls the fundamentals of basketball, while also giving them something to work toward.

The goal of the camp isn’t to just promote the game he’s loved for so long, but help grow positive character and sportsmanship amongst kids getting involved in the game at a young age.

The summer camp is open to anyone between the ages of six and 17, and gives them the opportunity to practice ball handling, shooting, defensive presence and other fundamental skills with a qualified staff.

With those different skills, the objective is to give campers a love for the game while centering that around doing it the right way.

Over the last several years, the camp has been wildly popular with more than 100 boys and girls coming out to participate in the camp for the week.

For registration, you can visit Bobbymadisonbasketball.com or take advantage of an onsite registration day at Shelby County High School on Sunday, June 2, from 2-5 p.m.

This year, there will also be an additional day open to campers only that will be called Fun Friday, as the basketball camp will celebrate its 10th year with games, food and other fun for all from 8 a.m. until noon.

Madison’s background in basketball has been an impressive one.

Madison has since digressed from basketball as a profession, but started this camp eight years ago and it’s something that brings him just as much, if not more joy than his playing days even did.

By ALEC ETHEREDGE | Sports Editor PELHAM – Pelham’s athletic department is trying something new this summer that is aimed... read more